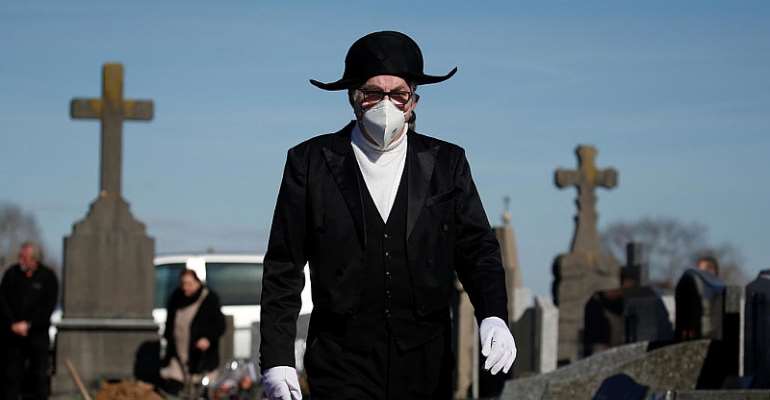 France has imposed limits on the number of people allowed to attend funerals during the confinement aimed at reducing the spread of Covid-19, whether or not the person died of the coronavirus.

Religious sites are allowed to stay open during France's lockdown, but no gatherings are allowed, except for funerals, which have been limited to avoid the spread of the virus between attendees.

Only close family members are allowed in cemeteries or crematoriums, with a limit of 20 people, according to the new confinement directive published Tuesday. But in practice, crowds have been smaller - with travel restrictions in place, few are able to attend.

The French Muslim council suggests those organising funerals contact local local authorities to make sure they are following the latest regulations, as some jurisdictions are limiting numbers drastically.

In and around the city of Mulhouse, in the east of France, which has been the most hit by the epidemic, funeral homes have been ordered to bury or cremate bodies immediately, without any ceremony or anyone in attendance.

Funeral homes are among businesses considered essential, allowed to stay open during the confinement. For people who have died from the virus, their bodies are put directly into coffins, which are immediately sealed and cannot be opened before interment or cremation. This means the body cannot be washed, dressed or offered for a wake.

The funeral home federation has called on authorities to authorise access to face masks for those preparing bodies, even those without the virus. For example, pacemakers are required to be removed, to avoid polluting the ground or exploding during cremation.

Restrictions have required a modification in mourning. No hugs or handshakes for comfort. People are inventing new rituals, like lighting candles. And many are hoping for more elaborate memorial services after the confinement measures have lifted.