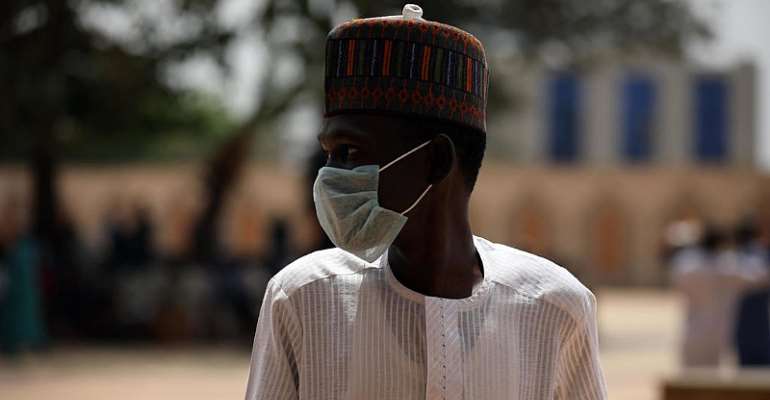 Health authorities in Nigeria and Zimbabwe announced their first recorded deaths from the coronavirus that is spreading across the African continent. Some African countries have begun to put in place restrictions on movement to try and stem the spread of the infectious disease which can cause deadly respiratory problems.

“The first Covid-19 death in Nigeria has been recorded,” the Nigeria Centre for Disease Control (NCDC) said in a tweet, describing the victim as a 67-year-old man who had recently returned to Nigeria following medical treatment in the UK. He had pre-existing medical conditions including cancer and diabetes.

The NCDC said it had confirmed five new cases of coronavirus on Monday bringing the total number of confirmed cases in the country to 36 with 25 cases in the economic capital Lagos, a megacity of some 20 million people.

Zimbabwe Health Minister Obediah Moyo said on Monday that they had registered their first death from coronavirus, the second person to test positive for Covid-19 in the country. Zimbabwe Broadcasting Corporation said the victim was Zororo Makamba, a journalist and son of businessman James Makamba.

Zimbabwe's President Emmerson Mnangagwa had last week described the pandemic as a “national disaster” and banned gatherings of more than 100 people.

In West Africa, a Bangladeshi man in his 70s died from coronavirus on 20 March in The Gambia, according to the country's health ministry. In a post on social media early on Monday morning, the Gambian authorities said the man arrived in The Gambia on 13 March from Senegal and became ill and tested positive for Covid-19.

Coronavirus cases in South Africa jumped by more than 100 overnight to 402 confirmed cases on Monday, according to the country's National Institute for Communicable Diseases. South African health workers have carried out more than 12,000 tests for coronavirus, but not yet registered any deaths from the outbreak.

South African media reported on the recovery of the country's “patient zero” who has made a full recovery, tested negative for the virus and been sent home. The 38-year-old man had been on holiday to Italy with his wife and eight friends.

The authorities in Rwanda reminded people to respect the coronavirus restrictions put in place. Rwanda's National Police said any violation of the measures including stopping unnecessary journeys would be “punishable by law”.

Lubumbashi, the second city in the Democratic Republic of Congo, went on lockdown on Monday with security forces deployed, shops shut and roads empty, according to the AFP news agency. The shutdown follows a second case of coronavirus in the city identified as having been brought by air passengers travelling from Kinshasa.