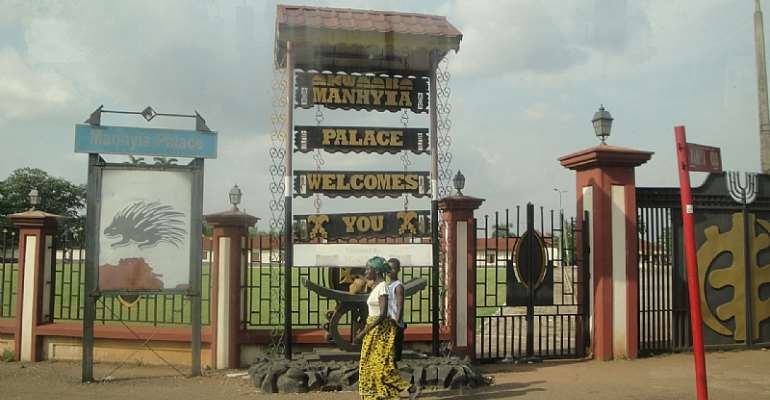 The Manhyia Palace has suspended all traditional activities as part of measures to prevent the spread of the novel Coronavirus pandemic.

Some of the events suspended include Akwasidae, Awukudae and other activities that attract public gathering at the Palace.

The Manhyia Museum, which is one of the major tourist facilities in the Ashanti Region has also been closed down as part of the measures.

Traditional spokesperson to the Asantehene Otumfuo Osei Tutu II, Baffour Osei Hyiaman Brentuothe IV in a Citi News interview said the Palace has also put health safety measures in place to protect the public who use the Palace.

“The public ones have been suspended for the meantime and the main ones being the Ewukudei and the Akwasidei are activities that normally attract people from the outside to come. The first part is also a private event but the second part is normally a public one and that has been suspended and additionally, we do certain rights on the Mondays after Akwasidei and the Thursdays after the Ewukudei all are going on but not with public participation.” Government bans religious activities, funerals, all other public gatherings

“Private burials are permitted, but with limited numbers, not exceeding twenty-five (25) in attendance.

The full list of guidelines on public gatherings announced by President Akufo-Addo are as follows;

1. All public gatherings, including conferences, workshops, funerals, festivals, political rallies, sporting events and religious activities, such as services in churches and mosques, have been suspended for the next four (4) weeks. Private burials are permitted, but with limited numbers, not exceeding twenty-five (25) in attendance;

2. All Universities, Senior High Schools, and basic schools, i.e. public and private schools, will be closed Monday, 16th March 2020, till further notice. The Ministry of Education, in collaboration with the Ministry of Communication, has been tasked to roll out distance learning programmes. However, BECE and WASSCE candidates will be allowed to attend school to prepare for their examinations, but with prescribed social distancing protocols;

3. The Government of Ghana's Travel Advisory issued earlier today should be observed as announced;

4. Businesses and other workplaces can continue to operate, but should observe prescribed social distancing between patrons and staff;

5. Establishments, such as supermarkets, shopping malls, restaurants, night clubs, hotels, and drinking spots, should observe enhanced hygiene procedures by providing, amongst others, hand sanitizers, running water and soap for washing of hands;

6. The Ministry of Transport should work with the transport unions and private and public transport operators to ensure enhanced hygienic conditions in all vehicles and terminals, by providing, amongst others, hand sanitizers, running water and soap for washing of hands; and

7. The Ministry of Local Government and Rural Development should co-ordinate, with the Metropolitan, Municipal and District Assemblies, measures to enhance conditions of hygiene in markets across the country.

Ghana has seven confirmed cases in the country as of Tuesday, March 17, 2020. The seventh case was confirmed in the Greater Accra by the Ghana Health Service website dedicated to providing updates on the outbreak in the country.

The person is a 35yr old Ghanaian who returned to returned from France.

Director of Public Health at Ghana Health Service, Dr. Badu Sarkodie who provided updates on the country's cases on Sunday said all the cases were imported into the country.

Health officials have been working to traced 350 persons who came into contact with the initial six patients.