Why the elimination of malaria needs much greater involvement of women

By Damaris Matoke-Muhia - The Conversation 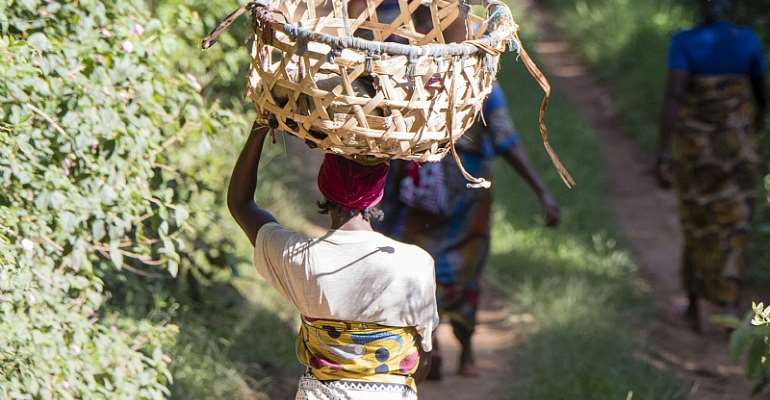 Women are often primary caregivers in their communities. - Source: Shutterstock

I was born and bred in the western part of Kenya, an area endemic of malaria. I have been sick from malaria not once, not twice, but more times than I can count. In my village, outbreaks were normal – the entire village would get sick, especially after the rains. I watched many people die, including classmates, relatives and even my own family members.

As a child, I watched mothers in my village work frantically to make sure their families were protected from the disease. They dressed the kids up to protect them from mosquito bites and cold weather. If someone contracted malaria, they would boil concoctions from traditional plants, cook finger millet (wimbi) porridge and ensure the patient would frequently shower to control fever. Sometimes they even carried the patient on their back to the hospital. When a family member was sick, the mother would practically be held hostage.

Unfortunately, the situation in my Kenyan village is not unique on this continent. Sub-Saharan Africa continues to carry an unreasonably high global burden of disease. In 2018 , the region was home to 93% of the world's malaria cases. Most of the deaths (94%) were recorded in sub-Saharan Africa. Women bear the brunt of the disease, with children and pregnant women carrying the highest risk.

I am now a scientific researcher focused on malaria – partly because of my childhood experiences almost 30 years ago. I trap mosquitoes to monitor their behaviour , and how they develop insecticide resistance . I investigate new insecticides we could use to counter mosquito resistance to the current chemicals. In villages across Kenya, I participate in the distribution of bed nets, spraying of houses with insecticides, conduct health education and screen for malaria infections.

I also participate in high-level meetings about controlling malaria and other vector-borne diseases in Kenya and beyond. Unfortunately, the number of women present in such meetings is low. This is a problem because women are primary caregivers and the key implementers of community-level interventions. But they are missing from top leadership or managerial positions.

If we're serious about malaria elimination in Africa, women must be included at decision making levels to advise on development, designing, delivery and implementation of tools that target health issues that affect them – especially malaria.

The role of women

Women are clearly in charge in the villages I travel to for field work . They implement the plans the men create in their faraway high-level meetings.

A 2016 report by the Pan-African Mosquito Control Association showed that very few women were part of workforces dealing with vector control. Last year the association convened a meeting in Cameroon of 29 women from 20 African countries to identify the gaps and challenges of addressing malaria and vector-borne diseases. Overall, there was an outcry that women were not considered for leadership positions, mostly due to African cultural norms in which they were viewed as the weaker sex. Even if they tried to step up, women reported being mostly ignored.

This is in direct contrast from my personal observations as a researcher. In communities, women ensure that high-quality bed nets are available and that everyone sleeps under them. If houses are sprayed with insecticides, women are the ones who ensure that the walls are not smeared or painted until the end of the shelf life of the chemical. Women also ensure that their children are treated in case of malaria infection and that they complete their doses.

Controlling malaria and other vector-borne diseases is complex. It needs integrated approaches and a range of voices.

To harness its full potential, Africa must dismantle gender stereotypes. Incorporating women in the design, delivery and adoption of malaria interventions will enhance acceptance and compliance because women are the key implementers at community levels. And there should be concerted efforts to ensure they are part of policy making because they're better equipped to build programmes with women in mind.

Excluding women -— particularly when making decisions on health issues that affect them, their children and the entire family — will continue to delay the realisation of malaria elimination on the continent. It will also be an impediment to economic development.

Damaris Matoke-Muhia does not work for, consult, own shares in or receive funding from any company or organization that would benefit from this article, and has disclosed no relevant affiliations beyond their academic appointment.

A/R: Pregnant woman allegedly stabbed to death by husband at...
6 minutes ago