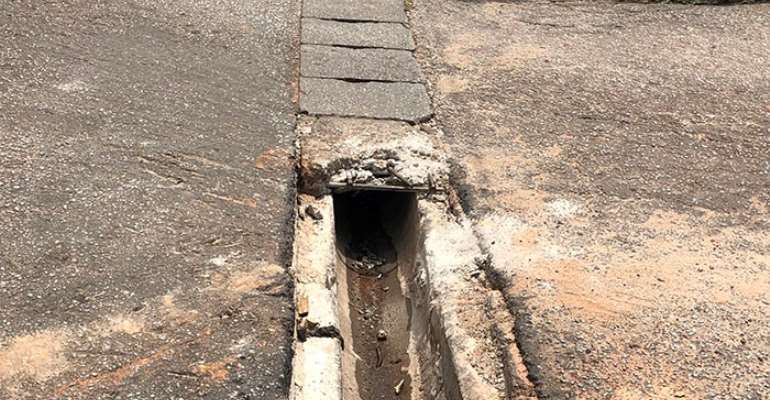 The gutter at Adum

There is a death trap at Adum, the Central Business District of Kumasi, Ashanti regional capital.

This follows a dangerous gaping hole that has been created right in the middle of a busy road in the area.

Concrete slabs used to cover a big gutter on the road had been damaged, creating the death trap in the process.

Reports indicated that several vehicles had suffered severe damages after they bumped into the big gutter.

People in the area said the slabs covering the gutter got damaged some months ago but no action had been taken.

According to them, drivers who don't often ply that particular route always fall into the gutter unexpectedly.

Surprisingly, the death-trap is located some few meters away from the Kumasi Metropolitan Assembly (KMA) office.

The people blamed the city authorities for looking on unconcerned as the death trap continues to cause havoc.

In this regard, he entreated the authorities concerned to quickly fix the damaged concrete slabs to avert disaster.

“We are begging the city authorities to cover the death/trap to help prevent a possible gory accident,” Bamfo pleaded.