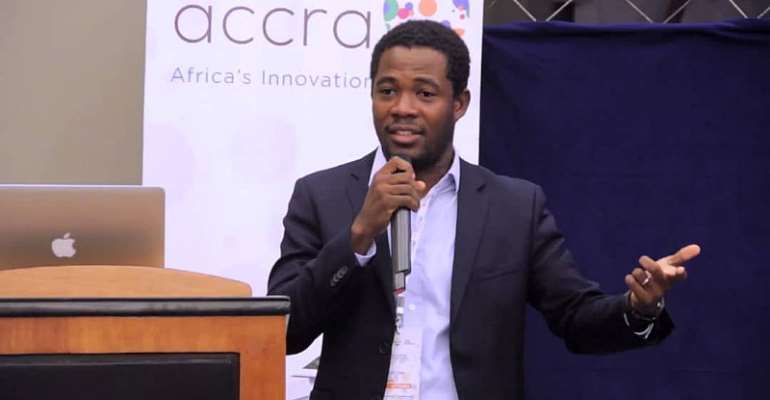 The Chief Executive Officer of Silicon Accra Technology City, Mr. David Osei, has called on American companies and investors to partner Ghanaian companies in order not to lose great opportunities in the near future.

He believes Africa is rapidly developing and will soon become a hot spot for trade and technological advancement in a few years, and so it is important for American companies to take full advantage of the opportunities now.

According to Mr. Osei, Africans function well with American investors because of the enormous benefits they derive from partnering American companies.

Speaking in an interview via Skype on US-based CNBC, he explained that aside investment, Americans are known to impart knowledge to those they work with by giving them comprehensive training that leaves them empowered long after a partnership has ended.

According to him, even though Ghana has benefited from other foreign investors, it is key to note that the ending impact of Americans is more resounding.

Mr. Osei called on foreign investors not to be discouraged by the challenges of doing business in Africa such as difficulty in finding the right partners and conducive environment for business, and urged them to relocate their tech companies to the Silicon Accra Technology City project.

Mr. Osei is currently spearheading the project which is to be built at East Legon Hills and will be home to research institutions, large companies and start-ups to provide solutions to some of Africa’s technological challenges.

The first phase of the project, consists of 20,000 offices to serve as a co-working space, 220-unit residential apartments and $5 million as seed money for investment for Ghanaian and African technology start-ups.

The 60 acre park is already under construction. The master planned grade A development will be home to offices, education centers, retail complexes, residential blocks and recreation centers. The urban planning of the city is designed to accommodate the technological, infrastructural, spatial planning and usability needs of today’s modern businesses. It will be one of the first master planned technological business districts in Africa.

The vision, according to Mr. David Osei is to make Silicon Accra Technology City a globally competitive plug and play business enclave, making it easy for local and foreign companies to setup their regional offices in Africa.

“The City will not only provide access to state of the art utilities such as stable electricity, fiber internet connection among others but has already started working with the Ghanaian government to structure incentives that will ease doing business for local and foreign companies working from the park.

The core components of the city will include; office blocks, residential blocks, retail complex, hotel and convention center and a recreational park”, he indicated.

The project which will promote startups reckons the youth are the key vehicle by which Africa can take advantage of exponential technologies such as artificial intelligence, digital fabrication, digital biology to help the continent address some of its teething problems.

“At Silicon Accra Technology City our objective is to create a global innovation ecosystem that will empower entrepreneurs with the tools and resources to apply exponential technologies in solving some of Africa’s biggest challenges in areas such as food security, financial inclusion, energy and many more.

We are creating an ecosystem where early-stage startups have the best chance of building global success. Components of our ecosystem includes; the city -60 acre technology park in Accra, the fund-$25m seed fund and the community local and global events and networking opportunities”, Mr Osei explained.