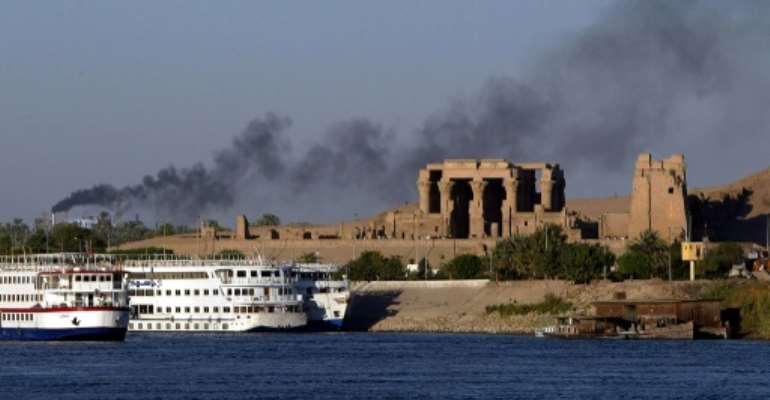 Egypt has detected 12 new cases of coronavirus among workers aboard a Nile cruise boat. By MIKE NELSON (AFP/File)

Egypt detected 12 new cases Friday of the novel coronavirus among workers aboard a Nile cruise boat heading from Aswan to Luxor, a health ministry statement said.

"Twelve new cases tested positive for the coronavirus among Egyptian staff on the cruise boat without showing any symptoms," the joint statement with the World Health Organization said.

Authorities were alerted after it was found that a Taiwanese tourist of "American origin" who travelled on the ship had caused the virus to spread, they said.

WHO had alerted Egyptian officials that tests revealed that the tourist, a woman, was the "main case that infected other cases", the statement added.

It was not clear where the tourist contracted the virus and if she had gone back to Taiwan or another country.

The 12 workers were quarantined after they were suspected of contracting the coronavirus and tested positive on the last day of their 14-day isolation.

Other people who were on the boat and had come in contact with the tourist were also quarantined for 14 days.

Earlier this week, authorities said they had detected a third case of the virus, in a 44-year-old Egyptian man who had returned from Serbia after a 12 hour transit in France.

Initially the man had shown no symptoms but a few days after his return home he checked himself into a hospital after experiencing some minor symptoms, officials said.

The first person infected in Egypt was a Chinese national who has since recovered.

The novel coronavirus originated in China last year and has so far killed over 3,385 people worldwide and infected over 98,000.