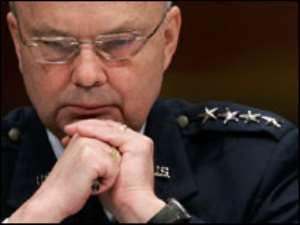 AHMEDABAD, India (Reuters) - An Indian couple exchanged wedding vows over the telephone after the bridegroom could not make it to the ceremony due to Hindu-Muslim clashes in the bride's city.

The long-distance marriage was solemnised on Friday as a curfew and army patrols in the western Indian city of Vadodara prevented 21-year-old Sufiyan Agarbatiwala from reaching the bride's house there.

Vadodara, earlier known as Baroda, was rocked by sectarian strife this week after city authorities demolished a Muslim shrine to widen a road. Six people were killed and scores injured in the rioting.

Although the violence has since abated, curfews and tight security remain in place.

"We made the best use of the communication network and exchanged vows over the phone," said Agarbatiwala, a resident of Ahmedabad, the main city in the western state of Gujarat, who is yet to meet his wife.

Both sides used phones with speakers so that relatives and witnesses could hear the couple agree to their union in the 20-minute ceremony. Both the bride and groom are Muslims.

"I decided to call off the grand wedding as the situation in the city was tense. We cannot risk lives," said Usman Choksi, the father of the bride.