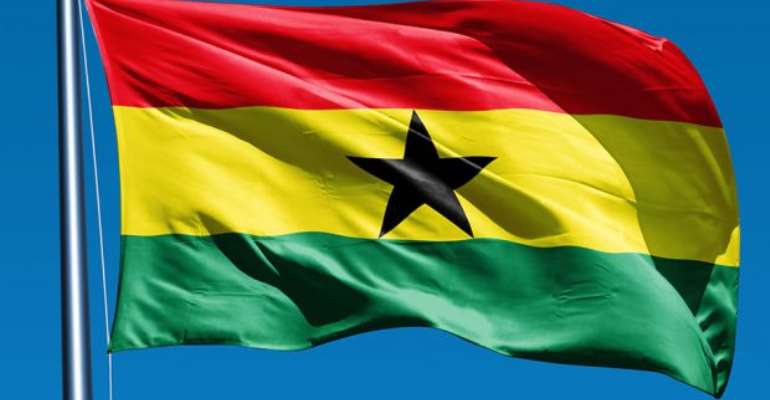 DR. MRS. NANA ANIMA WIAFE AKENTEN, who is head of the Akan-Nzima Department of the College of Languages Education, Ajumako Campus of the University of Education, Winneba, must be naturally worried. Over what? She is emphatic: “Little attention is being given to the Language Policy of Ghana. Dr. Wiafe-Akenten is urging us to “revisit Ghanaian Language Policy”. What is “Language Policy”? It is either what a government does officially through legislation and court decisions on languages OR a policy to determine how languages are used in the country. This includes the cultivation of language skills to meet national priorities or to establish individual rights.

Thus, the Ghanaian Language Policy states that Ghanaian languages ought to be used as a medium of instruction from kindergarten to Primary Three. But what do we see? Is that what is happening in our schools? In some schools, the directive is 'Speak English', and woe betide anyone who dares to speak the local language.

In “those colonial days”, some of us from typical rural areas received severe punishments for daring to speak Twi on the school compound: 6-10 strokes of the bastinado after being “laid” on a bench; being made to weed the school park; bringing bamboo from the forest for fencing (especially the school garden); being made to wear an assorted array of dead reptiles, snail-shells, cowry shells ‒ the smell alone, et cetera. The least punishment was being made to “kneel down” or do “up and down” for some time while one's mates might be doing something else, including playing football.

A local paper captures the sad situation vividly when it writes in its editorial of Saturday, February 22, 2020: “…UNESCO has instituted February 21 as International Mother Language Day to recognize the mother language globally. The day was instituted to promote linguistic and cultural diversity, multilingualism and to highlight greater awareness of the importance of mother language education… Yesterday, UNESCO dedicated the whole day to the celebration… in most countries, such as Ghana, little was heard about the day. In Ghana, the celebration of the day has not been given the due attention it deserves, apparently due to the lack of commitment by the government, coupled with the poor attitude of Ghanaians towards their own mother languages.” The experts say the use of a child's first language in education enhances linguistic, cognitive and academic achievement.

This is in contrast to the earlier (colonial) suspicion that the development of the vernacular was a deliberate attempt by the British colonialists to give the Gold Coasters inferior education, that was likely to hold back progress in the secondary and tertiary education. At post-independence, we could have elevated one of the indigenous languages to the status of national language. The famous aphorism is that children learn best and get best cognitive response when taught in their L.I.

We should all bow our heads down in shame for not giving our mother languages the place they deserve. Why should it take so many years for a single person to get a PhD degree in Twi 2017! And her thesis was: “Se dee wode Akan kasa di dwuma enne mmere yi wo radio ne TV so” (e as in 'bet'; o as in 'cot'). And fellow students look with scant academic recognition at students who offer local languages at higher levels of education.

The newspaper calls on parents to endeavour to speak and teach their children their mother tongues. There is a funny situation in someone else's house. He has told his grandchildren he does not understand English, so the children speak in English to all others, except the grandfather. The children are gradually growing up (6, 8, 10, 11) and are beginning to doubt the veracity of the grandfather's story, asking the type of language he uses at the courts, since he is a lawyer. It may no longer be fanciful when we see our children writing Quabynah for Kwabena; Quame for Kwame; Mainoo for Manu, Aidoo for Adu; pretending to be so 'enlightened' or 'sophisticated' as to spurn their own local languages.

And speaking on this same issue, Professor Kwesi Yankah, Minister of State in charge of Tertiary Education, had called on Parliament to reinstall the translation equipment in the Chamber to enable Members of Parliament to freely make contributions. Professor Yankah was of the view that the use of the English language as the medium of expression was disenfranchising (with apologies to Hon. Sampson Ahi) some members and their constituents. And, of course, the Constitution of the Republic of Ghana, 1992 provides in Article 39 Clause 3: “The State shall foster the development of Ghanaian languages and pride in Ghanaian culture.” When our language becomes extinct, our cultural values go with it, and so shall we, just like the dinosaur, go extinct as a people.

Some of us get concerned when we hear Twi-speaking people speak Twi as if their mother tongue was not Twi: 'mandidi' for 'mannidi' (I didn't eat); 'kuro' for 'oman' (Professor Kofi Agyekum has got a good student in the person of Kwame Sefa-Kayi on 'Peace FM' to correct panelists whenever any of them makes a slip). Akua Donkor, the leader of one of the Ghana Freedom Party, may not be as glib-tongued in English as she is in Twi, and she has a reply for all who taunt her for being un-Englishy. She intimates: “The Chinese, do they speak English, and yet they attend international conferences and speak Chinese. How do the non-Chinese speakers hear them?”

According to Dakubu, there are over 50 indigenous languages in Ghana, with the major ones being Akan (Asante-Twi, Fante, Akuapem-Twi), Ewe, Ga, Dagaare, Dagbani, Gonja, Kasem, Nzema. The advantage Akan (from the Kwa-group of Niger-Congo linguistic family) has over all the others is that it is the most widely-spoken, and can be heard being spoken all over the country. Ewe from the Gbe language is part of the Volta-Niger branch of the Congo linguistic family. The advantage Ewe has is that it is spoken in parts of Ghana, Togo and Benin and parts of West Nigeria.

Be B-O-L-D, a political party's motto charges! Some people are suggesting the reduction of the local languages to ONE or TWO. There can be the possibility of adding significant words and expressions of the remaining minor languages or dialects into the adopted one: Kusaal, Wassa, Bono, Bimoba, Ahanta, Cherepon, Wali, Larteh, Krache, Avatime, Nafaanra, Sefwi, Sissala, et cetera. Do we need to pride ourselves as a multilingual country?

The Bureau of Ghana Languages established in 1951 as “The Vernacular Literature Bureau” may have to be adequately resourced. One of the handicaps of the bureau is that it has offices only in Accra and Tamale. As of January 2019, the Bureau was owing GH¢300,000 to printing firms – the result of insufficient budgetary allocations over the years. The Bureau also claims pirates are replicating their books. Are we serious about the Language Policy in Ghana? What do we say about the Phelp-Stokes Report of the Guggisberg era (1919 – 1927) that stated “(3) Tribal languages should be used in lower elementary stages, while in areas with a degree of linguistic differentiation a 'lingua franca' of African origin was to be used in middle forms. The language of the European nation should be begun in the upper standards only.”