Africa's Education System Is Wrong, It Needs A Complete Overhaul 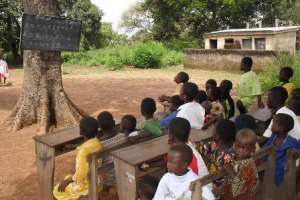 CASE STUDY:
A big football club in Ghana, Asante Kotoko, that commands the largest supporter base, highly financed and can hire any famous and the best player in the local premier league was led astray by "seers/jujumen", to the angst of their teeming supporters.

Kotoko (Fabulous, porcupine warriors) had a midweek league match against Aduana Football club in Dormaa. Some distance from the Bono Regional Capital, Sunyani, the Kotoko team travelling from their base in Kumasi did so by bus, and could do in-and-out trip there on the same matchday.

But something risible happened this day under discussion, on 19/2/2020. Let's continue to learn how what, and why.

To be a Kotoko coach is an achievement in Ghana, not to talk about being the Chief Executive Officer (CEO) of the most glamorous and adored team in the country. Kotoko is synonymous with fame and money. The Chief Patron of this traditional club is the overlord of Ashanti, Otumfuor Osei Tutu II, the occupant of the golden stool. Legend has it that when Kotoko wins against Accra Hearts of Oak (Phobia), the best player of the day can walk through the streets of Kumasi, and return home being rich. Shopowners will call him, showering with all sorts of gifts -from clothing to automobiles.

Supporters battle each other to dole out the biggest amount of cash to their idol.

You take almost everything freely - if it's food, what you'll eat to bed, and that you'll eat in bed. The grownups understand this.

Should it come to buying a player into the team, knowing such player played well in a match against Kotoko, the fans will fish out from their safe, the last money that they'll not even give to their children or spouse in times of need, but at the service of Kotoko. If the player so hunted for is with their sworn arch-rival Accra Hearts of Oak, as it's in the case of Charles Taylor was by force snatched from them, Kotoko fans don't mind spending billions of Cedis.

When Kotoko loses a match, the fans, myself (the writer) included, don't eat to our fullest, some cry to bed and will not eat at all, at times for days.

Such is the fame and clout of Kotoko.
In the said match, Kotoko versus Aduana, we don't know in whose hands the CEO has lately left the team to handle this way, since he, Dr. Kwame Kyei, said he knows nothing about that mortifying "juju" scandal that's giving mouths to the Phobia fans to ridicule the Fabulous, porcupine warriors fans.

A "jujuman" (priest/seer) informed the whole Kotoko team not to take a particular route to Dormaa, where the match would be played. The bus conveying the players had to make a zigzag, elongating the journey hours, getting even the players tired, before reaching the venue.

This is believed would outwit the might of Aduana's "juju" powers. And on the field, Kotoko must start with a ten-man-squad, not eleven, or else, it's doom, a loss for Kotoko.

The painful aspect of it is that, in the end, Kotoko lost the game. The unpleasant and unwelcoming loss that could get the supporters not only downhearted but at times rowdy was the outcome of this so lighting and controlled trip.

INTERPRETATION:
Meaning, if the "juju" so revered works, Kotoko wouldn't waste money buying the most priced players in the league, and at times from Abroad. The training sessions with a hired fitness coach would not be needed since "juju" can give us victory.

*ACTION:*
Mind you, this is not limited to Kotoko, not only Ghana football clubs, it's everywhere in Africa. And not in the clubs, in the national teams also. An expatriate coach that led Black stars to the 2010 world cup mentioned so in his report on return, that the players relied on "juju".

Our education system has been now brought to the level that we only take for truth and workable the word of a Deity - pastor, mallam, priest, seer.........and all those who claim all sorts of saintly titles.

We forget the hardworking aspect needed in actions we take and the work we do.

We forget it that in football there are they who bet and can change the scores of the game if the referee, the coach, the players are compromised.

It's as a result of our education, it needs a complete overhaul.

There is nothing we're willing to learn new, even knowing very well that for decades now, our beloved Kotoko leaning on the "juju" thing, have not conquered Africa as it did in the nostalgic past.

We're not learning from it that our opponents in the European and Americans clubs hire the best of players and provide them with the best of facilities, so there is no way how potent it's, our "jujus" can do no harm to them in a football match.

Whoever disputes this fact should count the number of times our African teams have won the clubs world cup.

It's time Africa weans itself of superstition and face reality in our endeavors. Prayer works, but not at the expense of hardworking, it's so written in all lores.