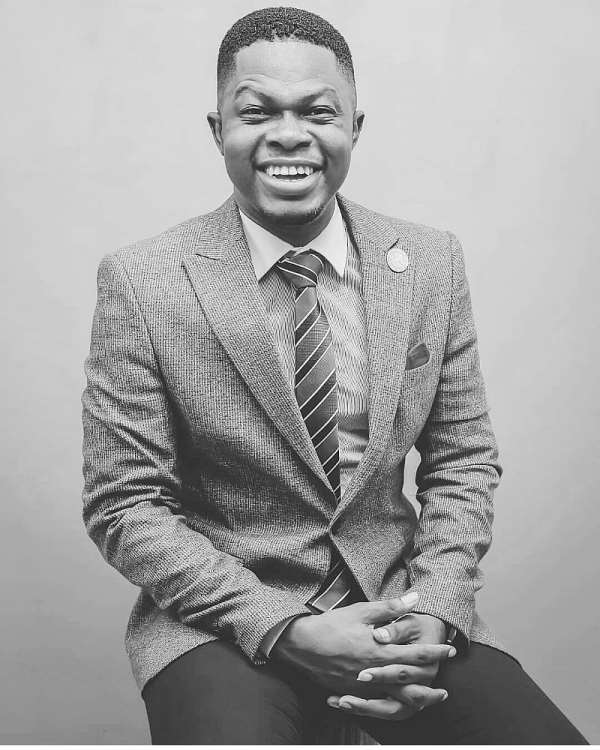 The GEM research project is an annual assessment of the national level of entrepreneurial activity. Initiated in 1997 as a partnership between London Business School and Babson College.

With a total estimated global budget of nearly USD $8 million, GEM is the largest ongoing study of entrepreneurial dynamics in the world.

The project is based on a harmonized assessment of the level of national entrepreneurial activity, so countries can compare their levels with other economies around the world and recommend policies to increase effective business start-ups.

Breaking barriers and changing narratives is Justice’s forte: in 2018, he made headlines as the first young Ghanaian entrepreneur to initiate the Advocacy for the Ghana Startup Act and he did that with Africa Entrepreneurship Dialogue (AFED), a think tank he founded. In 2017, he was the only startup nominated in the voting category of the Forty Under 40. Justice's startup business has not just made an impact but also been recognized by Tony Elumelu Entrepreneurship Fund as well as the Netherlands Government's Orange Corner funding program.

Justice Offei Jr was appointed by GEM in 2019 November to serve as the Country Director (Team Leader) with a tough assignment of setting up the GEM in Ghana and ensure its operation on behalf of GEM Global. Justice is among the few young entrepreneurs in Ghana who have demonstrated a high level of advocacy in the entrepreneurial ecosystem.

GEM has engaged closely with major international institutions such as the World Bank, World Economic Forum, United Nations and the European Commission, collaborating on reports, presenting at events and providing expert advice.In the USA, the GEM report is regularly consulted by White House officials, and the team has provided testimony to the United States House of Representatives Committee on Small Business. As of March 2019, there are 71 National Teams in the GEM consortium.

Since the appointment, Justice has made intrepid steps with his team to unlock Kwame Nkrumah University of Science and Technology (KNUST) as the academic lead institution for GEM Ghana, promising more potential partnership.

In a brief interview with Justice, he said '' Ghana and most African countries lack consistent and reliable national data source on entrepreneurship and that said GEM Data will be a very good tool of reference for policymakers, educators, entrepreneurs, academic institutions and relating stakeholders''