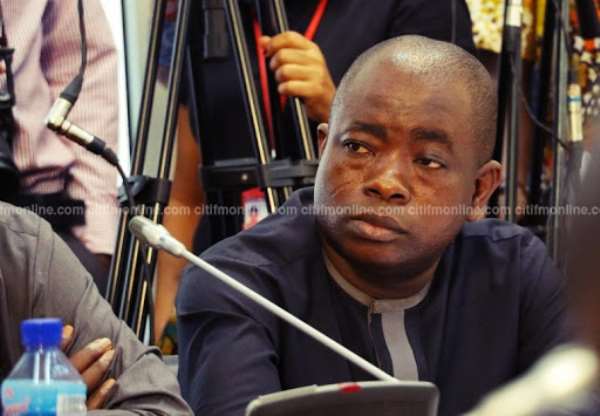 The Minority in Parliament has accused the government of trying to sabotage the re-election prospects of legislators by delaying the release of MPs’ share of the District Assembly Common Fund for the third quarter of last year.

The Member of Parliament for Bodi, Sampson Ahi, who raised the issue in an interview with the media on Wednesday said it was a “deliberate attempt from the government to stifle us” and an attempt “to deprive Members of Parliament from working effectively in our various constituencies.”

“Being an election year, they [government] think that when they release our monies to our district or constituencies, we will get resources to work and that is why they have taken that decision to deprive us of resources.”

“We are saying this because, close to two months ago, the government released District Assembly's Common funds to the district assemblies but as we speak, we don't know when they are going to release the MP's share,” he complained.

Sampson Ahi also said the Minority “will consider boycotting the State of the Nation Address” if their share of the Common Fund is not released by Friday, February 14, 2020.

President Nana Akufo-Addo is expected to deliver the State of the Nation Address in Parliament on Thursday, February 20, 2020.

In response to the threat to boycott the State of the Nation Address, the Second Deputy Majority Chief Whip, Moses Anim, said the Minority's position was uncalled for.

“It is the duty on Parliament to host the President and every Member of Parliament should sit in there and listen to the message on the state of the nation,” Mr. Anim said.

MPs are considered in the District Assembly Common Fund allocations.

The MPs usually choose a project to be constructed on their behalf by their respective Metropolitan, Municipal and District Assemblies with the amount allocated to them in the common fund releases.

The promise to introduce a constituency development fund for MPs was first made in 2009 by President John Atta Mills (of blessed memory).

But there have been calls for this arrangement to be scrapped.

IMANI Africa President Franklin Cudjoe described the MPs' share of the common fund as a waste of money.

He also said it was an excuse of the MP to perpetuate himself/herself in power but not necessarily to do the most important job which is making laws.

The Member of Parliament for Akim Oda and Chairman of the Local Government Committee was also advocating for the scrapping of the MP's share to give more power and resources to MMDCEs to execute their development mandate.