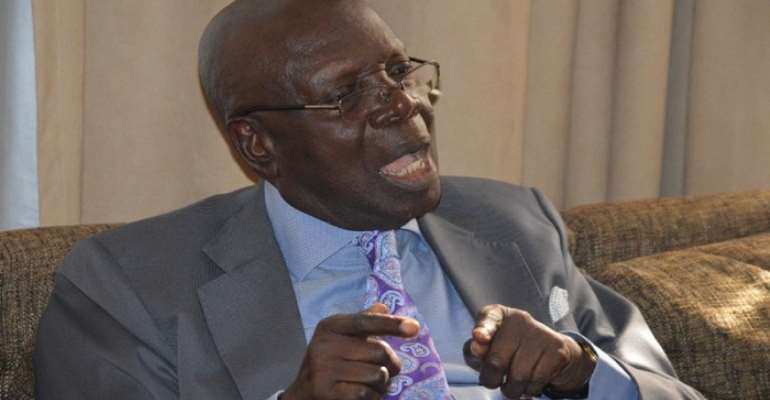 During his lecture to the congregation of the 2020 Annual New Year School attendees, Dr. Ishmael Yamson, former Chairman of the Academic Council of the University of Ghana, Legon, was reported to have called for an immediate constitutional amendment in order to drastically diffuse or reduce the partisan intensity of the winner-takes-all regime that currently characterizes Ghana’s democratic political culture (See “Amend Constitution for Consistency of Economic Policy – Dr. Yamson” GbcGhanaOnline.com 1/15/20). It is quite obvious that either Dr. Yamson was out of the country and somewhere in outer space where broadcast and Internet communication signals and links with Planet Earth were completely out of range and reach, or the man was in a sleep-induced coma through most of the three-month period between October and December last year.

Else, Dr. Yamson would have witnessed the deftly coordinated decision by the leaders of the country’s main opposition National Democratic Congress (NDC), working in concert with diehard NDC ideological champions like Togbe Afede, XIV, the President of the Ghana National House of Chiefs, with the seismic rearguard support of The Asantehene, Otumfuo Osei-Tutu, II, to effectively quash any constructive and/or progressive attempt to decentralize and democratize local governance by ensuring the direct election of Metropolitan, Municipal and District Chief Executives (MMDCEs) by the very people that these local chief executives are designated to govern or serve. Dr. Yamson would also have known something about the ill-fated December 17 Referendum.

Indeed, as the effective sabotaging and scrapping of the latter referendum clearly suggested, by and large, Ghanaians are far more interested in the material development of their societal communities than they are about partisan power sharing at the Metropolitan, Municipal and District governance or administrative levels. Even as this writer discussed the same in at least a half-dozen columns at the time, the December 17 Referendum would have healthily and progressively ensured that nonruling parties like the main opposition National Democratic Congress (NDC) and the rump-Convention People’s Party (r-CPP), to name a few, with scattered pockets of electoral strongholds around the country, would have been able to successfully field their own candidates at the Metropolitan, Municipal and District levels, thereby ensuring that the days when the Leader of the ruling party had to handpick nearly every one of these local administrators, would have effectively receded into the past.

The politically powerful saboteurs also wanted the scuttled referendum’s mastermind, to wit, President Addo Dankwa Akufo-Addo, to fully appreciate the fact that the present faux nonpartisan District Assembly and Unit Committee electoral system would be the wave of the foreseeable future. Which makes Dr. Yamson’s call for a constitutional amendment decidedly irrelevant and at best a patent nonissue. In other words, this aspect of the Yamson lecture was simply a waste of time. It was also not the very first time that a prominent social or academic figure had called for the rather chimerical enforcement of a constitutional edict, whereby succeeding governments would have absolutely no development policy recourse but to doggedly pursue the completion of projects left uncompleted by previous regimes or governments.

Now, I find the latter proposition to be abjectly objectionable, even in the case of a one-party state. The fact of the matter is that administrative independence is integral to every functional constitutional democracy. It is also the fundamental means of the differentiation of one ideological or political and/or governance school from another. Else, what would be the need for the creation and the pursuit of a bipartisan democratic political culture as prevails in many an advanced democracy, such as the United States, Britain, France, Germany, Australia and Canada, to name a few? Which is not to say that even as Ghana’s 1992 Republican Constitution clearly stipulates, in Clause 35(7), “as far as practicable, a government shall continue and execute projects and programs commenced by the previous government.”

There can be no gainsaying the fact that under his neoliberal market-oriented tenure, President Akufo-Addo has tackled and cost-effectively completed far many more uncompleted development projects left behind by his predecessor than could be said of the previous Mills-Mahama faux-social-democracy-oriented regimes and uncompleted projects bequeathed the latter by the John Agyekum-Kufuor-led government of the New Patriotic Party. The key phrasal fragment here is “as far as practicable,” and not “at all costs.” Which means that criminally profligate boondoggles like the apparently abandoned Mahama-initiated multimillion-dollar Vice-President’s Mansion, scandalously estimated to be worth approximate $ 13 Million-plus, if memory serves yours truly accurately, could not be shrewdly reckoned to supersede the Akufo-Addo-implemented fee-free Senior High School System.

As for the Botchwey-Thompson 40-Year Development Plan, which was also referenced in the Yamson lecture, the least said about it the better. You see, the practical reality of the matter is that any decision to ensure steady and stable development continuity must rest squarely with Parliament, and Parliament alone, and not any other scandalous establishment called National Development Planning Commission (NDPC) whose prime movers-and-shakers, by the way, are old guard and neo-old guard Soviet-mode ideologues.

Feature Article
Powered By Modern Ghana
Assange’s Sixteenth Day at the Old Bailey: Special Administrative Measures, Unreliable Assurances and Espionage
Beware the Transhumanists: How ‘Being Human’ is being Re-engineered by the Elite’s Covid-19 Coup
Upper East: NDC Campaign Team Member Alhaji Eng. Aminu Amidu Suleman Has No Campaign Message
All Our Efforts Amounts To Nothing If We Don't Take Steps To Guard The 2020 December Polls Against The EC/NPP Rigging Conspiracy
The Dilemma Of The Ewes
The Cost Of Data Bundle: An Impediment To The Digitization Drive Of The Country
NDC, So Far, So Good, But…
A Quick Note To Lansana Kamara - The Very Talented Rapper Who Typifies Gomoa Buduburam's Camp Liberia's Digital-Native-Demographic
Nigerians In Diaspora Hope for Biafra's Political Autonomy
COVID-19 Updates Live Dashboard
TOP STORIES