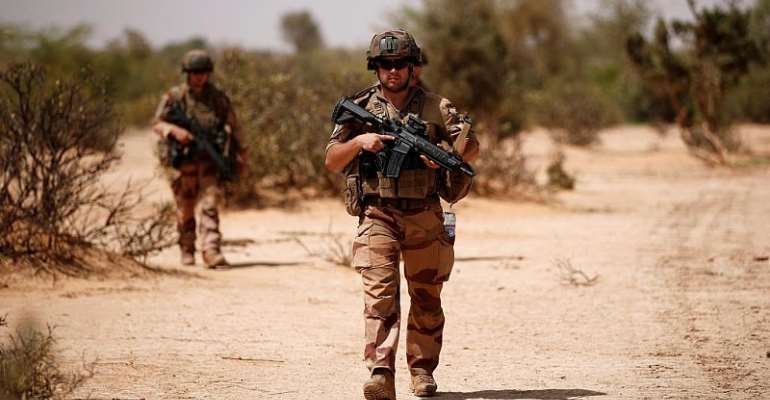 French Armed Forces Minister Florence Parly warned on Monday that expected cuts to US military operations in Africa would hamper counter-terrorism efforts against jihadist groups in the Sahel region.

“US support is critical to our operations and its reduction would severely limit our effectiveness against terrorists,” Parly said in a joint news conference at the Pentagon in Washington alongside US Defence Secretary Mark Esper.

“Our friends in the Sahel are in a situation where our assistance is critical. And I have expressed the hope that both the United States and France will keep on supporting them,” Parly added.

Esper has launched a review of US military presence around the world and is expected to reduce the presence of troops in West Africa as the Defence Department shifts its focus to China and Russia.

“France has been a great leader in the Sahel,” Esper said. “I think it's time for other European allies to assist as well in the region, and that could offset whatever changes we make as we consider next steps in Africa.”

Attacks continue to affect civilians
A day after the conference, security services told AFP agency at least 10 people were killed in a jihadist attack on a village in Burkina Faso at the weekend.

The United Nations' children's agency said Tuesday hundreds of children in the regions were killed, maimed or forced away from their parents as a result of conflict with jihadists last year.

In Mali along, 277 children were victims of fighting in the first nine months of 2019, twice the number compared with the previous year, according to a report by Unicef.

Despite support from French and UN troops, Mali has struggled to contain an Islamist insurgency that erupted in the north in 2012 and that has claimed thousands of military and civilian lives.

The conflict has spread to neighbouring Burkina Faso and Niger, where children have also been murdered, sexually abused, kidnapped or pressed into joining armed groups, the UN agency said.

Avoid greed, dishonesty and hypocrisy in galamsey fight – As...
36 minutes ago