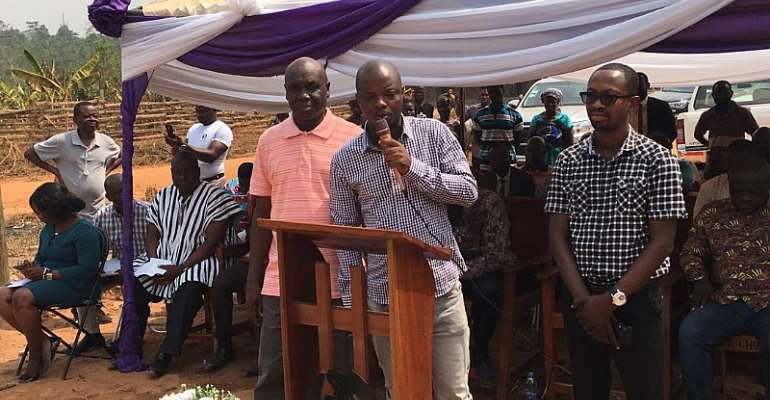 The governing New Patriotic Party (NPP) Chairman of Bono Region, Kwame Baffoe popularly known as Abronye DC has said although the John Mahama-led administration spent over $450 million on non-existent cocoa roads in the country, the Akufo-Addo-led government is bent on fixing them.

He claimed that former state officials under the former government, who introduced the cocoa roads project, used it (project) to steal from the public purse.

Chairman Abronye was speaking at the commissioning of a 6-unit classroom block at Akwasua in the Sunyani West Municipality which was engineered by the Member of Parliament for the area, Hon. Ignatius Baffour Awuah.

Reacting on the construction of rural roads, he said government upon detecting fraudulent contracts awarded under strange circumstances had to suspend the project in order to ensure value for money.

He said COCOBOD had to announced the suspension of the cocoa roads projects after an interim audit had revealed a lot of discrepancies in the actual amounts of money spent on the entire projects but recently roads constructions in the country have seen a tremendous increase.

According to him, President Akufo-Addo stands for truth, accountability, transparency and above all value for money and therefore Ghanaians should renew their trust in him coming 2020 elections.

The controversial Chairman emphasised that government was working assiduously to fix the bad roads in the country but may need ample time which requires that Akufo-Addo and the NPP be given another chance to serve Ghanaians.