Kpatinga Calm After After Chieftaincy Clashes 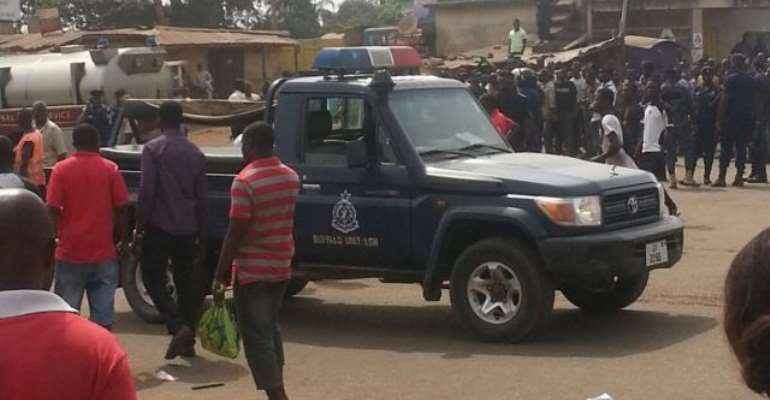 There is relative calm at Kpatinga in the Gushegu District of the Northern Region after Police and military forces were dispatched to bring down the heightened tensions in the area.

The clash, which led to gunshots and burning of properties on Friday was as a result of confusion amongst some traditional leaders of the town.

Those who got injured are currently receiving treatment at the Gushegu hospital while one person whose injury is said to be serious has been transferred to the Tamale Teaching Hospital.

Assemblyman for the area, Alhassan Ziblim told Citi News that there is heavy security presence in the area.

“The place is very calm as we speak. Currently, the army men are already in town. Police officers are also going around, surveying the area.”

A misunderstanding that ensued between some two chieftaincy factions, Citi News understands, resulted in the chaotic scenes in the Kpatinga township leading to the clashes on Friday.

The clashes reportedly happened when one faction after the performance of a funeral rite decided to great a rival regent in the town and this according to Citi News sources, did not go down well with the other Chief’s followers thus triggering the clashes in the town.

Police are yet to give a statement on the issue.

In June last year, on the advice of the Northern Regional Security Council, the Interior Minister Mr Ambrose Dery, imposed a renewed curfew on the Kpatinga area , due to a spate of similar violent clashes in the area at the time.

The curfew hours for the township and its environs was from 2200hours to 0400hours.

Seven electrocuted, five others injured at Amanfrom
52 minutes ago