By Gavin Churchyard - The Conversation 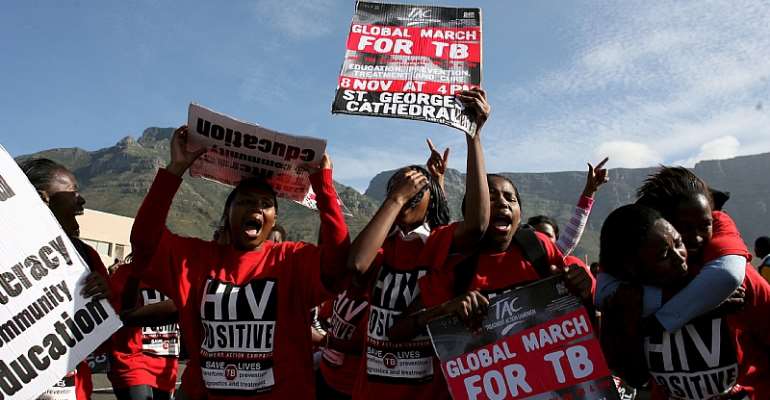 Lengthy negotiations ended in good news recently when the price of rifapentine, a lifesaving antibiotic, was marked down by 66% by its manufacturer Sanofi. When combined with another antibiotic (isoniazid), rifapentine can prevent tuberculosis (TB) disease. The move was announced at the Union World Conference on Lung Health in October 2019.

Talks to lower the price from US$45 to US$15 for a three-month course took more than a year to complete and involved Sanofi, Unitaid and the Global Fund to Fight Aids, Tuberculosis and Malaria, in collaboration with the Stop TB Partnership's Global Drug Facility and the United States PEPFAR initiative.

Now we – those of us who have been working to bring preventive therapy to the people whose lives depend on it – must roll up our sleeves and make it happen.

Advocates have been pressing for the price of rifapentine to be lowered ever since scientific proof of its effectiveness was published in peer-reviewed journals. Three months of treatment with rifapentine plus isoniazid was shown to be just as effective and less toxic than one year of therapy with isoniazid alone (the previous standard). The reduction in treatment time alone provides an obvious improvement.

The obstacles to getting more people treated begin with locating those at greatest risk and then expanding capacity in preventive treatment programmes to serve them.

Who needs the drug?

TB is one of the top ten causes of death from an infectious agent worldwide, killing approximately 1.5 million people in 2018. The disease hits especially hard in impoverished regions, where poorly ventilated and overcrowded living and working conditions, inadequate nutrition, the prevalence of other diseases like HIV, and insufficient or non-existent health care all make it far worse than it could be.

Most TB cases in 2018 were in South-East Asia (44%) and Africa (24%). Combined, the two regions accounted for nearly two thirds of all the world's TB cases.

TB is highly contagious and spread by a cough or sneeze. Family members and other close contacts of people with the disease are at the highest risk of infection. People who contract TB don't always get sick immediately. Instead, a TB infection can lie dormant for years until other stresses activate it. People living with HIV are at greater risk of developing TB and are 20 to 37 times more likely to move from the TB infection stage to active TB disease. New HIV infections have been decreasing globally but sub-Saharan Africa still saw more than one million new HIV infections in 2018.

In February 2018, the World Health Organisation (WHO) reviewed its guidelines for preventing TB disease. The guidelines now include three months of rifapentine and isoniazid taken weekly for people living in countries with a high TB burden. This regimen is known as 3HP.

The WHO recommends that anyone living with HIV and those living in the same household as a person with TB disease should receive TB preventive therapy. The theme of 2019's World AIDS Day was “Ending the HIV/AIDS epidemic: Communities make the difference”. Reaching this goal requires that preventive treatment programmes engage with communities to develop, refine and bring to scale interventions designed to meet the needs of people with and vulnerable to HIV and TB. These interventions should ensure that people living with HIV do not die of TB.

Importantly, the 3HP regimen can be administered along with dolutegravir, a better antiretroviral drug which is now being provided in South Africa and globally. The combination is an effective tool for keeping vulnerable people as healthy as possible. The reduced amount of time needed for treatment – three months as opposed to six months of isoniazid only, the current standard of care – increases the likelihood that patients will complete treatment.

In 2018, the member states of the United Nations committed to expanding the number of people receiving preventive treatment to at least 30 million by 2022. But the world is nowhere close to meeting that goal. It will take a lot of work to achieve these targets, and until then millions of people will remain at risk of TB disease.

With the price break on Sanofi's rifapentine product Priftin, TB preventive treatment can now be made available in many more places. If Priftin has not been approved for use in a country that needs this treatment, national TB programmes can work with the WHO and local regulatory authorities to process waivers – as India did.

Treatment for latent TB infection has been available since the 1950s, yet very few people who could benefit from TB preventive therapy are taking it. Hundreds of thousands of lives are unnecessarily at risk. This price break – making a shorter and equally effective treatment more affordable – is a perfect opportunity to make a dent in these numbers.

Gavin Churchyard does not work for, or own shares in any company or organisation that would benefit from this article, and has disclosed no relevant affiliations beyond their academic appointment. Sanofi donated isoniazid and rifapentine for various studies. Gavin Churchyard consulted without payment for Sanofi.