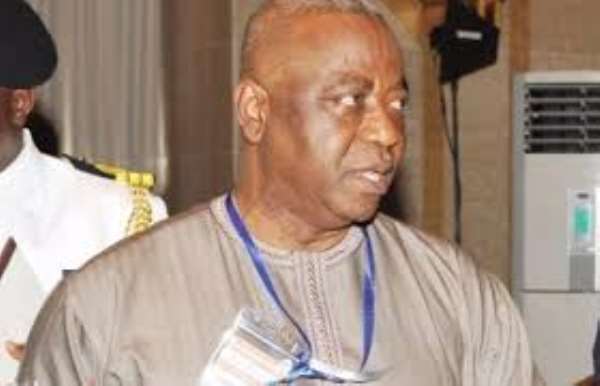 In the suit filed on January 15, 2020 at the Accra High Court, Mr Kamara is asking for the amount because he claims the publication had disseminated a story that impugned negatively on his reputation.

The suit followed a January 13, 2020 publication in the Whatsup News headlined: “Power, Mistrust and Betrayal at Jubilee House-Why Kan-Dapaah Was Stripped”.

The publication while referring to the scandalous leaked “sexting” tape of the current Minister of National Security, Albert Kan-Dapaah, made reference to Mr Kamara's friendship with the embattled Mr. Kan-Dapaah.

In the publication, Whatsup News claimed that Baba Kamara had fallen out with Mr. Mahama and that there were reports that he “deliberately” diverted security resources that would have helped the NDC win the 2016 general elections.

However, upon critical analysis of the story after publication, Whatsup News’ management realised it made a semantic mistake by using the word “deliberately” in referencing the reported act of diverting security resources of the NDC.

Despite the above, Mr Kamara sued the publishers of the Whatsup News, including Amicus Media, a company only engaged in advising Whatsup News on marketing opportunities in Ghana, saying they have damaged his reputation with his vast global network of contacts and businesses.

“The plaintiff says that on 13th January 2020, he received calls and messages from friends and family members that there was a publication circulating on social media platforms cornering and about the plaintiff,” read the suit delivered by Mr Kamara to the agent offices of Whatsup New on January 20, 2020.

The suit went on to state that the said article had been replicated on the worldwide web and social media platforms and “has been read over, reviewed and discussed by the general public.”

In Mr Kamara's opinion as expressed in the suit, the sentence that referenced him in the Whatsup News publication was meant to be interpreted as him being a traitor to his former boss and a thief who had embezzled security resources belonging to the NDC, hence causing the party to lose the 2016 elections.

“The words contained in the publication were calculated to cause hatred, disparage and/or ridicule the plaintiff's hard-earned reputation in Ghana and the world, as well as his work and that of his family in the minds of right-thinking members of Ghana and the international community as a whole, “ Baba Kamara wrote in his suit.

However, in response to the suit, the Editor-in-Chief of Whatsup News, David Tamakloe said: “Even though Whatsup News is traditionally unconventional, it is still subject to the usual errors and mistakes that conventional media publications encounter. And to demonstrate that we meant no mischief whatsoever, we quickly retracted the damaging sentence and apologised even without Baba Kamara contacting us.”

“However, if Baba Kamara insists on going to court, we would have no choice than to oblige him. We are speaking to our lawyers and we shall prepare to meet him in court with all other materials and information that will help us defend ourselves,” Mr. Tamakloe stated.

Bishop Dag apologises to Otumfuo over 'offensive' sermon
5 minutes ago

There's power in a father's encouragement – Pastor Otabil
5 minutes ago