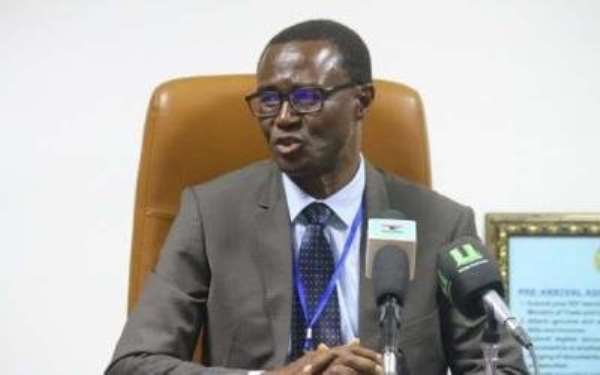 The Ghana Revenue Authority (GRA) says it was able to hit its revenue target for 2019 due to revised policy measures in the second half of the year coupled with hardworking staff.

Speaking on the PM Express BUSINESS Edition on the JoyNews channel of the MULTI TV, Acting Commissioner General of GRA, Amisshadai Owusu-Amoah noted the development has indeed challenged them that they have what it takes to mobilize more taxes for the state.

The government in 2019 proposed a tax revenue target of about GH¢46 billion. However, this was revised to GH¢42 billion during the midyear review and adjustment with the benchmark values at the ports.

According to the Ghana Revenue Authority, it has been able to realize about GH¢43.5. This is about GH¢1.5 billion more than the GH¢42 billion projected for December 2019.

The Domestic Tax Division had a target of GH¢30 billion, but they got GH¢31 billion.

The Customs Division also ended the year at GH¢12 billion as against GH¢12.5 billion, the shortfall was due to the introduction of the benchmark values.

So it can be said that some of the initiatives that they introduced in the last quarter of the year helped in achieving the target.

Improving tax collections in the country

Mr Owusu-Amoah noted that they are also working to fully automate their operations in the country by the end of this year.

This is part of efforts to improve tax payer’s experience through several electronic payment platforms.

This Mr Owusu-Amoah says it is part of the E-Gov project; which would also help taxpayers honour their tax obligations through the various electronic platforms.

The Acting Commissioner General, however, maintained that the planned automation would not lead to job losses at the Ghana Revenue Authority. “We would rather look at where we can train these people and deploy them to other places at the Ghana Revenue Authority. We should not forget that some people are also going on retirement, therefore there is an opportunity to re-assign them to other areas. ITAPS, this is an electronic platform that allows you to pay taxes an electronic platform”.

New areas under consideration by the GRA

Mr Owusu-Amoah also disclosed that they are considering taxing electronic transactions in the coming months. The move is aimed at improving tax collections from some sectors of the economy.

He noted that “we have not given much attention to the “E- Commence, sector, but we believe there is a lot of opportunity in that area.”

The Ghana Revenue Authority is also looking at marching people’s expenditure to the tax obligations. “This would help them do a proper assessment of businesses when it comes to paying their tax. You find people that pay their social security and they don’t pay their PAYE and that is serious and must be looked into.”

Promoting Integrity and dealing with Corruption

In an attempt to promote integrity at the Authority, the staff of the Ghana Revenue Authority may from the end of February 2019 declare their assets with the Auditor General Department. “We are also looking at a reward mechanism for whilst blowers, to help us uncover businesses that are not meeting their tax obligations” he added.

“We are also looking at publishing hotlines in the dailies. We believe that this would help us in mobilizing revenue as well for the state, “we want to encourage every Ghanaian that tax payment is an obligation”. People could get as much as GH¢250, 000 for helping the Ghana Revenue Authority on their informant policy.

The Ghana Revenue Authority has come under some criticism over how it has carried out its distress actions. This has resulted in some describing that the Authority is not business-friendly, over how they carry out these distress actions. But speaking to JoyBusiness the acting commission insists, “In most situations, we move to undertake these actions after several engagements with the firms in question”.

In some cases, “we have given these companies a lot of time to work out or restructure the payment of its tax obligations, I don’t think that it might be fair to describe the Ghana Revenue Authority as not being business-friendly,” Mr Owusu-Amoah added.

Dealing with the country’s low tax rate to GDP ratio

The Commissioner-General of the Ghana Revenue Authority also hinted that they are working to increase the country’s tax to- GDP ratio from 12.5 to 17 per cent in the next three years. This may deal with the region's average of about 15 per cent. The Ghana Revenue Authority boss maintained that this should mean that a lot more measures should be implemented by managers of this economy to achieve this target.

This should mean that in 2019, the revenue authority was able to add 1.75 million users on this platform in the country.

The acting Commissioner-General notes that they plan using third party firm and the law that requires everyone to have Tax Identification Numbers (TIN) before they can do some crucial functions in the country, like opening a bank account, register a new business and a car.

“So gradually TIM becomes part of everyone’s activity one’s activity, so once we get the data like this it gives us an opportunity to do data march and artificial intelligence” he added.