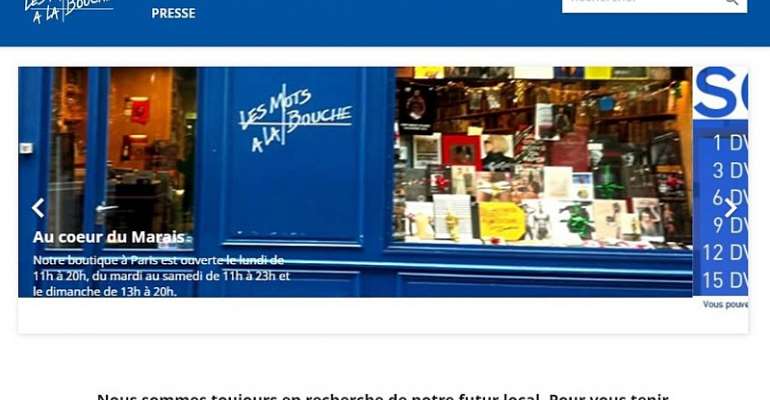 France and Paris' best known gay bookshop, Les Mots à La Bouche, is being forced to move location and out of the city's historic gay district, the Marais, because rising rents.

Les Mots a la Bouche has been a landmark in the Marais, one of the most sought after areas in the French capital, since it opened in the early 1980s.

But the landlord now wants the rent to be hiked by four times -- in keeping with the market rate -- and the bookshop will have to relocated after more than 36 years, Nicolas Wanstok, who works at the bookshop.

Paris's deputy mayor for culture Christophe Girard, told French news agency AFP, the city hall is “very attached” to it and is trying to save it. “We are continuing to seek options,” he said."

Several historic establishments in the Marais, which was also the city's traditional Jewish quarter, have been push out by sky-high rents.

A local cabaret star, Yvette Leglaire, told the Guardia newspaper that the entire area is under threat. “The gay Marais is dying,” she said.

“The Paris tourist board still promotes the Marais as “an authentic yet trendy little village” but its gay scene, which began in the 1980s when the area was still working class, shabby and cheap, is slowly being eroded.”

Several historic gay bars have closed in recent years as fashion labels from Lacoste to Chanel move in.

The Marais' Jewish area, situated around Rue des Rosiers, is not immune, with commercial rents doubling between 2012 and 2018. There are fears that, as with Barcelona or Venice, property speculation and commercial pursuit of profit from tourism will strip central Paris of its originality and local appeal.

The owners of Les Mots à La Bouche have until March to find a new location.