EC Not Transparent On IT Consultant Contract--Minority 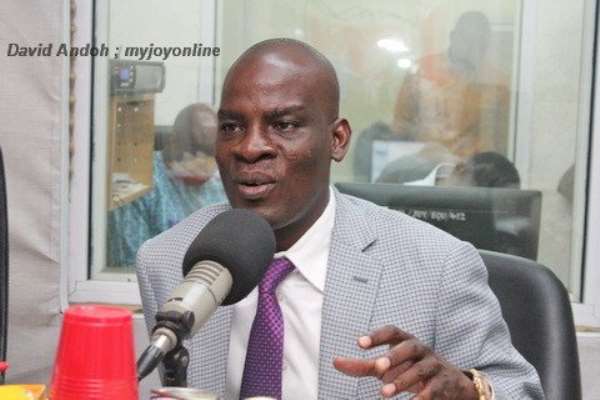 The Minority in Parliament is accusing the Electoral Commission of not being open and transparent regarding the contract to secure the services of an IT Consultant to manage its data centre.

According to the minority, the EC has not been forthcoming with reports and details of the IT Consultant they are working with.

They further lamented that the EC has turned down their request to furnish them with the information they are looking for.

According to him, the country has made use of the same register for the very recent general elections and other significant electoral activities hence debunking claims that the country needs a new voters register.

“We said ‘share with us your IT consultant’s report in order that we make an informed decision’ [but] she never availed that report even to the committee of Parliament as I speak,” he said.

“The same register was used for the creation of additional regions. We have a voters’ register which undoubtedly produced Nana Addo Dankwa Akuffo-Addo as President. Are we doubting his legitimacy that what gave birth to him was not legitimate,” the Minority Leader quizzed on Joy FM’s Super Morning Show Friday, January 17.

According to him, the EC should liaise with other bodies like the National Identification Committee to obtain a more current biological data of Ghanaians rather than calling for them to queue for registration all over again.

“Since when has it gone so bad that it cannot be used for the Presidential and Parliamentary elections in 2020 in Ghana?”

However, he reiterated that the Minority did not endorse the budget that was brought before Parliament due to the various lapses they identified.

“We as a Minority didn’t partake in the ECs budget [approval] and even during the appropriation, we raised those major red flags,” he said.

He disproved earlier claims that the current data centre used by the EC was run on proprietary software.

“You cannot contract somebody to work for you and say you have a problem with access.”

He accused the Chair of the Electoral Commission, Mrs. Jean Mensah, of refusing to work with reports that were left behind by the former Chairman, Dr. Kwadwo Afari Gyan.