Humbert and Paire set up all French final in Auckland 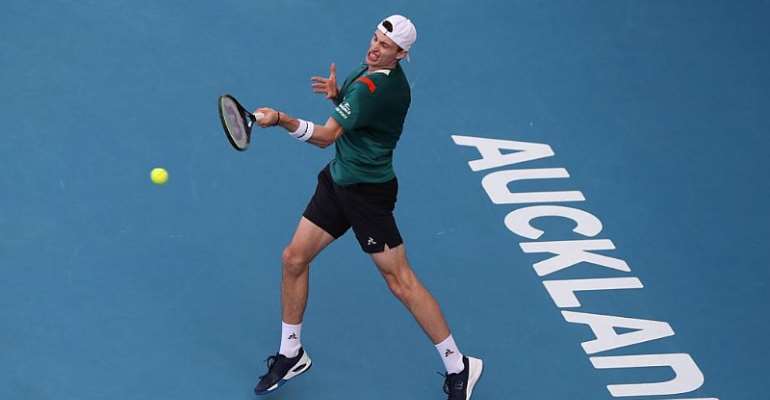 Unseeded Frenchman Ugo Humbert saw off the American veteran John Isner in straight sets on Friday to reach his first final on the senior tour.

The 21-year-old will face compatriot Benoit Paire in the title match at the Auckland Classic after he dispatched Hubert Hurkacz from Poland in three sets.

"It was a great match, I returned very well," Humbert said. "I played good tennis at the key points and I'm really happy to reach my first final."

Humbert, who lost to Isner in the semi-finals six months ago in Newport in the Untied States, took the first set in a tiebreak.

He broke the 34-year-old at the start of the second set and held on to notch up another notable scalp after eliminating the world number 13 Denis Shapovalov in the quarter-final.

Compatriot games
"I will enjoy playing Ugo in the final," said Paire. "It's something special between French guys.

The fifth seed's voyage to the showdown was choppy. He shouted at the umpire to take action about noise in the crowd when he was serving.

Amid the arguing, the 30-year-old was docked a point for smashing his racquet on the ground as he lost the second set tiebreak.

Paire recovered his composure and, mixing up his power game with drop shots, broke Hurkacz three times to sweep through the decider 6-2.