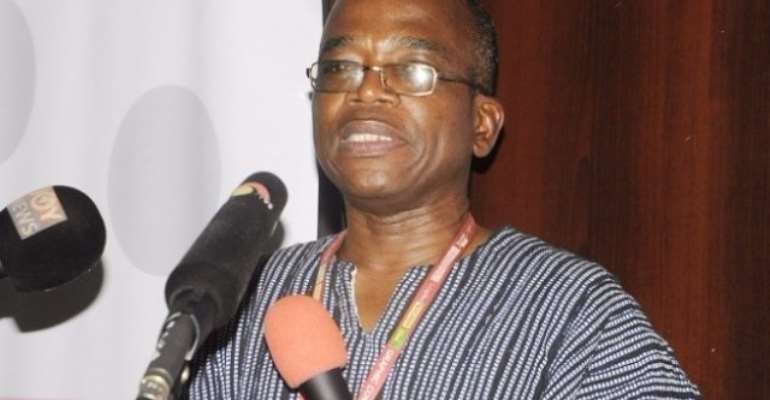 The Chairman of the National Media Commission (NMC), Mr. Yaw Boadu-Ayeboafo, has urge newspaper owners to uphold the law by yearly renewing their operating licenses.

“The NMC is mandated by law to register newspapers annually, I have found out that there are many of those newspapers that do not renew their registration (license) and yet they continue to operate”, he said.

“We want to appeal to them that it makes sense for them to renew their license by paying a fee of just GHC100 a year.

“It is just GHC100 a year. It is such that everybody should be able to pay. And I hope that they would contribute their quota towards this and help all of us to build a better Ghana.”

Mr Ayeboafoah was speaking the inauguration of an eight-member Board of the Ghana News Agency (GNA) - they are to govern the affairs of the Agency for the next two years.

Mr. Boadu-Ayeboafoh, who counseled the Board and Management of the GNA to manage the resources of the agency judiciously; also urged them to take advantage of the Agency’s facilities in the regions as well as its products to turn its fortunes around.

He advised journalists to exercise caution in their reportage as the general elections approached.

“We are not talking about timidity, no we do not want people to be timid but we want people in their analysis to be mindful of the implications of some of the statements they make especially where it is opinionated,” he said.

“Journalists can validate most of their opinions by looking for facts so that they take themselves out of the story and people will not suggest that the journalists are biased, when indeed more facts have been assembled for the story”, he added.

Prof Kwapong, who was the immediate past GNA Board, said for the next two years the new Board would focus on GNA going digital, training editorial staff in multimedia journalism to leverage digital tools to boost the Agency’s presence on social media and investment in modern technology for operational efficiency and improvement in quality of service.

She urged Management to build the capacity of staff to enable them take up leadership positions.

Mr. Owusu said the Agency since its establishment in 1957 has been the most reliable source of news for other media houses and web portals.

He said as a public service organisation solely dependent on government subvention, it was struggling with inadequate funding and lack of investment.

This had had considerable effect on the Agency’s operations - often calling into question, its relevance.

“However, we believe the GNA remains relevant for as long as Ghana remains a nation-state. The vision for setting it up is still relevant and important. The Agency works to promote national growth and the Ghanaian personality and identity,” Mr. Owusu said.

“Ghana is a developing nation; therefore, it is the media’s primary duty to churn out information that will foster national development. And as the largest news gathering body in the country, the GNA continues to bring the issues affecting the mass of our people to the attention of decision-makers; while at the same time educating the people about government policies and programmes.”

“We give a voice to the voiceless and cover all aspects of our national life in a manner that impacts positively on the citizens.”

Mr. George Sarpong, Executive Secretary, NMC, said a study by the Commission revealed that over 80 per cent of news reportage of radio stations outside Accra was from GNA.