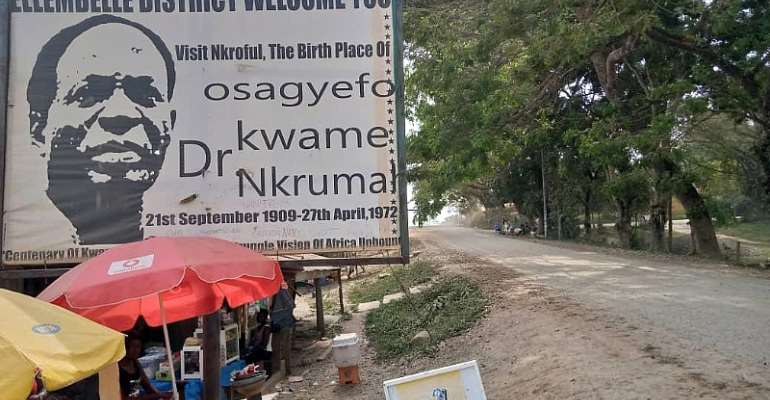 Nkroful has indicated its intension to stop the company’s operation on their soil, over a 2.5 million USD that the mining company is refusing to pay to the community.

Adamus Resources Limited even before entering into an agreement sort with BCM, has engaged the affected communities including Nkroful in various processes leading to the operation of the Bakrobo Project as part of its concession on the soil of Nkroful Community. Such Engagements started way back in 2006 have sensitized the Communities about their mining lease, EPA permits and other documents which allow them to mine at Nkroful.

In a Memorandum of Understanding (MOU) signed between Adamus and Nkroful however, the Company expects; as directed by the Environmental Protection Agency, to have the leadership of Nkroful engage its broader masses to appreciate the need to give the Company a peaceful uninterrupted working environment to operate its project. This social license also include the willingness by Nkroful to have part of its people relocated to a new settlement; which was actually done under the full direction of the Community Leadership. In return, the company among other things was to pay an amount of two million US Dollars to Nkroful as a Trust Fund.

Since the beginning of operations however, the company has deferred the payment till now; with less than three months to finish with its operations at the Bakrobo Site. A community football park which was also to be built for the community has never been built.

Due to the company’s inability to pay the money as per timelines given it by the EPA, the latter renegotiated for an increment of the money to two million five hundred thousand dollars; with the difference being the interest that could have accrued , if it were paid in the stipulated time. In a letter written to Adamus dated October 23rd, the EPA enjoins Adamus/BCM to pay half of the renegotiated amount by 15th November 2019, and the second tranche by 20th December 2019. However, this hope built in the hearts and minds of the Nkroful people became yet another fleeting illusion, as Adamus never showed any sign of paying. All other efforts including the Chief of Nkroful leading a delegation of his Elders to meet Adamus/BCM at the office of the EPA and also going to meet and discuss the way forward with the new MD of the company, has never yielded any fruits. At one such meeting the MD was reported as bitterly complaining that the Nkroful Project didn’t yield the expected result, hence her outfit cannot get such an amount to be paid!

Having had several meetings at the community level while consulting with the Chief and Elders, a former Assembly Member, Lord S. K. Cudjoe, who was one of the two Assembly Members on the Committee which negotiated the MOU; the deliverables of which have become the bone of contention between the Company and the Community, says that Nkroful is now ready to let Adamus/BCM know that the people cannot be fooled any longer. He says that Nkroful is now poised to stop Adamus/BCM from operating not only the Bakrobo Project, but any other operations that may fall on the stool lands of Nkroful; and that comprise of about 13 farming communities traditionally referred to as the Akomuland in the Ellembelle District of Ghana’s Western Region.

According to the former Assembly Member, a letter notifying the District Command of the Ghana Police Service has been served, with all key stakeholders including Adamus/BCM in copy. He concludes that the community is resolute in picketing at the Bakrobo Site from Friday 17th January till the company pays the money, or does a premature decommissioning of its operations on the Akomuland. He explains that as long as Adamus/BCM remains adamant to paying the money, Nkroful will continue to launch ‘operation stop the mining’ on the company’s sites in the Nkroful Territory one after the other. 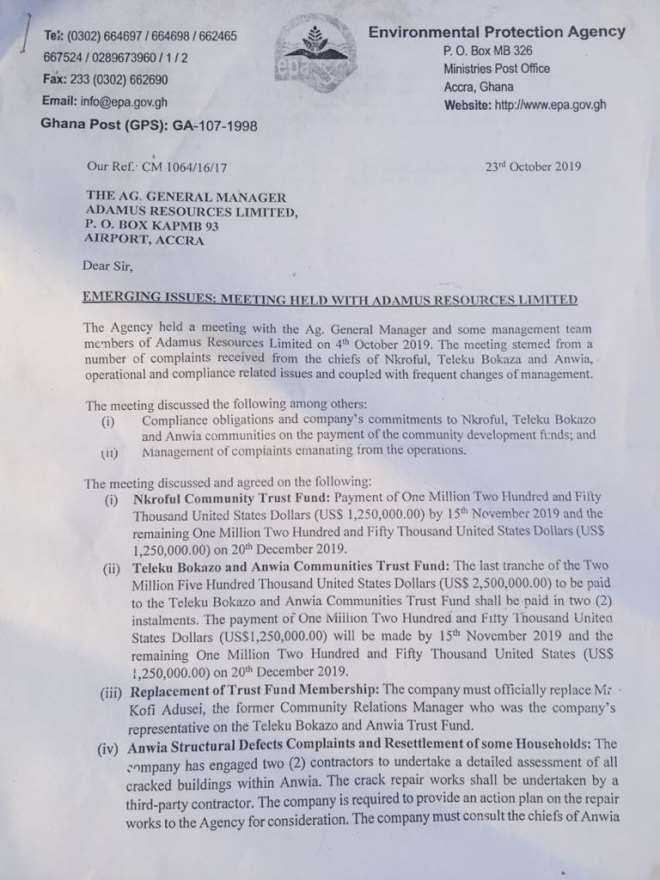 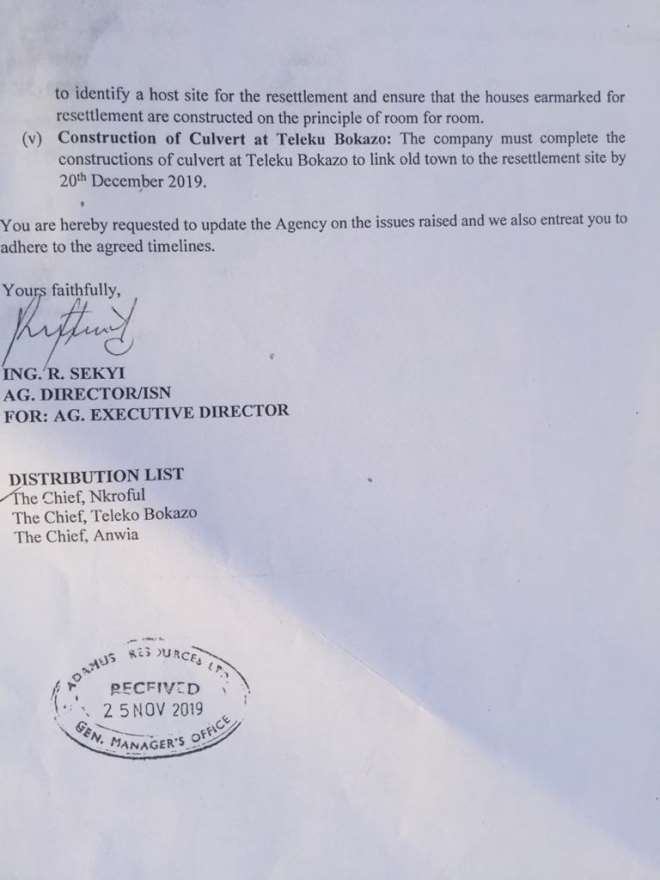