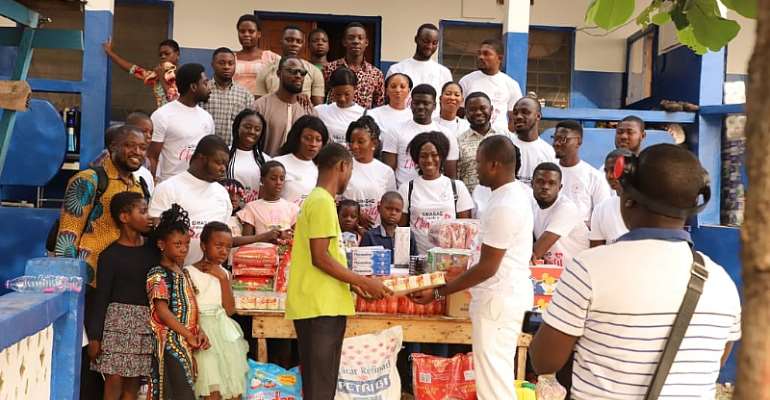 The Graduate Students Association of Ghana (GRASAG) has donated some items to two orphanage homes in Kumasi in the Ashanti Region.

The items, worth about GHS15,000 included bags of rice, sugar, cooking oil, milo, detergents, mineral water, assorted fruit drinks and toiletries among others.

GRASAG Stand in Charity
Mr Samuel Sagoe, the GRASAG National President, who presented the items together with other national and institutional executives, explained that the donation formed part of the Charity wing of the association dubbed "GRASAG stands in charity".

He stated that GRASAG is committed to contributing its quota to ensuring the improvement of the welfare and living standards of all Ghanaians including the less privileged.

He congratulated the managers of the orphanages for the good job they are doing.

"We want to use this opportunity to motivate these children at the orphanage not to be deterred by their present predicament. Some of us were born out of wedlock and life was not rosy as it seems but we've been able to climb the education ladder up to this level, meaning that with determination they can also make it," he said.

Other orphanages to benefit
He indicated that the GRASAG stand in charity programme is targeting a number of orphanages in the country adding that the next stop after Kumasi would be Cape Coast in the Central Region.

Receiving the items at the King Jesus Charity home, Apostle Kofi Owusu Afriyie, the founder of the home, expressed gratitude to GRASAG for the kind gesture and prayed for more support from other organisations and individuals.

He stated that since the inception of King Jesus Charity Home, 25 people have completed University, five currently doing their Masters, one studying Law with 12 currently at the University.

He added that six others have completed Colleges of Education, two currently at the College of Education with several others at the Senior High School.

He bemoaned the lackadaisical attitude of the authorities to officially present the orphanage with the necessary documents to operate as an orphanage home. 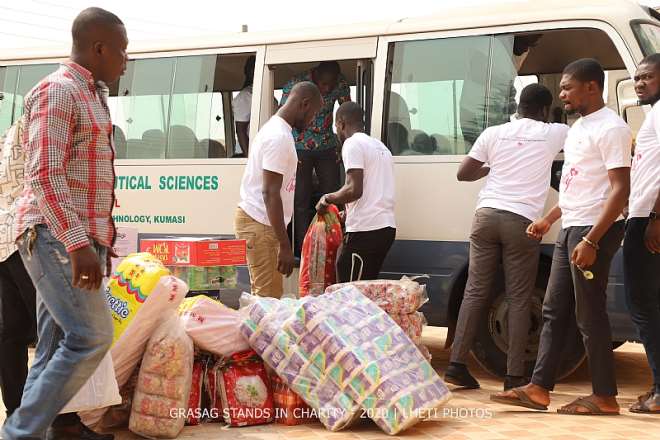 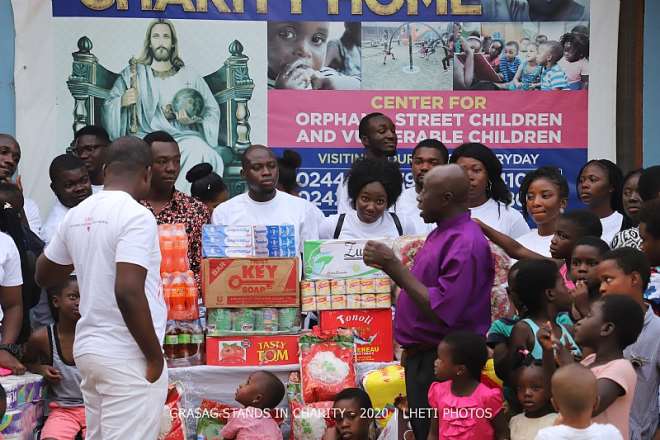 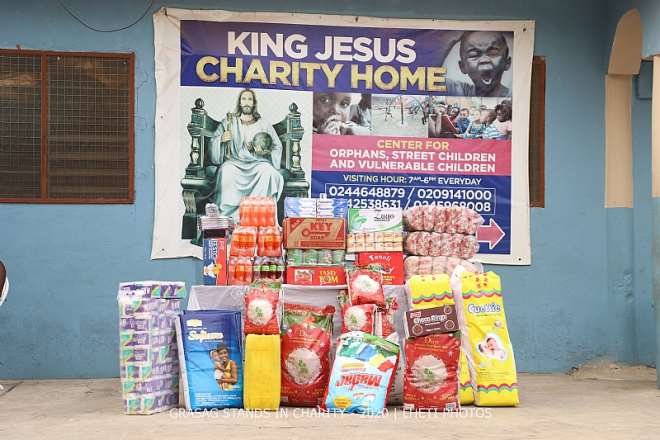