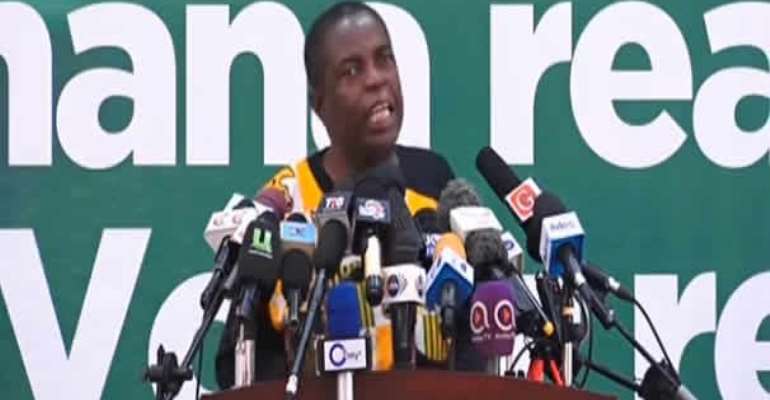 The Electoral Commission’s decision to compile a new voters’ register for the 2020 polls, has baffled the editor-in-chief of the Insight Newspaper, Kwesi Pratt.

Mr Pratt wonders how two Commissioners who had said the current electoral roll was credible are insisting on the creation of a new register, and one of the reasons given for this decision is its lack of credibility.

Speaking at a forum organised by the Coalition of Civil Society Organisations (CSOs) for Good Governance, the astute journalist said if the current register is as credible as the EC says, then there is no need for a new one.

“The same day I heard that the Electoral Commission was planning to foist a new voters’ register on us, was the same day I read statements by two of the Commissioners.

The debate about whether or not the EC should compile a new register for the 2020 polls is at its peak. The opposition National Democratic Congress (NDC) is stiffly opposed to the decision although Parliament has already approved the over ¢400 million the Commission has requested to undertake the exercise.

But the NDC is not alone in its disapproval of the decision. Civil Society groups, including the Centre for Democratic Development (CDD), have all kicked against the move, fearing the country could be plunged into chaos if the EC goes ahead with its decision.

For Mr Pratt, until now, no one – not even the EC – was able to provide concrete reasons why the country needs a new voters’ register for the 2020 polls.

“Nobody has provided the answer as to why we should change a very credible voters’ register…and yet, we are being called upon to spend close to one billion cedis [total cost of changing the entire electoral system] changing something which is credible.

Mr Pratt believes government is behind the move to change the voters’ register.

Referencing calls by the then-opposition New Patriotic Party (NPP) for a new register to be compiled prior to the 2016 general elections, he said the decision has everything to do with the party which is now in power.

“At a certain point in that debate, the Vice-President, Dr Bawumia [then running mate] held a press conference and actually indicated that the voters’ register was full of the names of foreigners, especially Togolese.

“…during the 2016 elections it was obvious to all of us as observers and citizens that the NPP was pushing for the compilation of a new voters’ register and I had no doubt whatsoever that if the NPP won the elections, we would have the current situation on our hands,” he added.

‘There Won’t Be Conflict After December Elections’ – Akufo-A...
3 minutes ago

Add Us To Bank Customers You Want To Settle – Menzgold Custo...
3 minutes ago