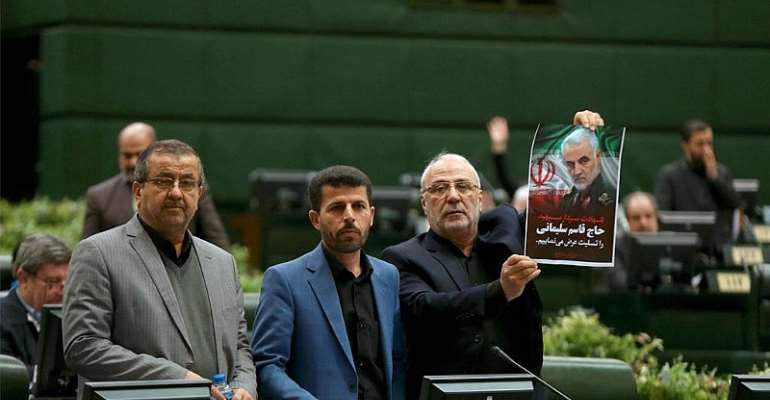 The killing of top Iranian military official, Qassem Soleimani, targeted by US drones last Friday near the Iraqi capital Baghdad, resulted in a massive outpouring of grief and indignation in Iran. According to Foad Izadi, a political scientist at Tehran University, the American attack will backfire badly.

“Soleimani has united the country. He has basically done more in his death than what he has done during his life,” says Izadi. “His lifetime goal was to reduce the power of the US in the Middle East, and to lessen the hegemony of the Americans."

Izadi points to the vote in favour of expelling US troops in the Iraqi parliament last Sunday. “This was one of his goals. He achieved this goal now to a greater extent than when he was alive.”

According to the political scientist, the Soleimani attack backfired badly, and created side effects Washington may not have calculated before. “A lot of young people in Iraq did not experience the time under the Shah, they had not seen American imperialism first hand in Iran.

“Soleimani's death woke up this new generation and has taught them a lesson on what the US is all about."

A stampede at the funeral for Soleimani killed 40 people and injured more than 200 on Tuesday in the southeastern city of Kerman, state television reported.

Thirteen scenarios of revenge
What kind of revenge is possibly being planned?
“It could be the killing of American soldiers,” Izadi says bluntly, but “other scenarios are less obvious. What the Iranian government is trying to do is to exert maximum damage on the US."

Meanwhile, European countries have been criticised by Trump for failing to support America. Tehran, meanwhile, says Europe is following US policy too closely. How does the killing of Qassem Sulaimani affect the relationship between Tehran and the EU?

“Tehran is disappointed,” says Izadi. “Because what Trump has done was illegal under international law.

“Europeans often talk about supporting international law, but when it comes to practice, they fall short.

“When Trump threatens to attack Iranian cultural sites, there is silence from countries that say they want to protect world heritage sites.

“So there is a double standard, there is hypocrisy when it comes to Europe. And given the inaction of Europe, this silence is changing the opinion many people have on Europe."

On Tuesday, Iran dropped spy charges against French academic Fariba Adelkhah. Is this a beginning of a thaw between the EU and Iran in spite of the current tensions?

“I don't connect these two things,” says Izadi.
“Iran has a judicial process, It was time for that decision, and they made it. I don't think there is a connection with other things that are going on."

On Monday, a letter, attributed to, but not signed by, US Marine Corps Brigadier General William H. Seely III, stated that the Combined Joint Task Force will “reposition forces over the course of the coming days”.

The letter, addressed to Iraqi Ministry of Defense, says the US will “respect your sovereign decision to order our departure”.

Hours later, top US military chief, General Mark Milley told reporters that the letter itself was a draft and its release was an "honest mistake".

“Either they leave under peaceful terms, or they are being kicked out,” says Izadi.

“In Iran we had to kick them out in 1979, as a result of the revolution. Iraq asks that their sovereignty be respected. They are a member of the UN, and the parliament and the Prime Minister ask the foreign forces to leave, so they need to leave,” he says.