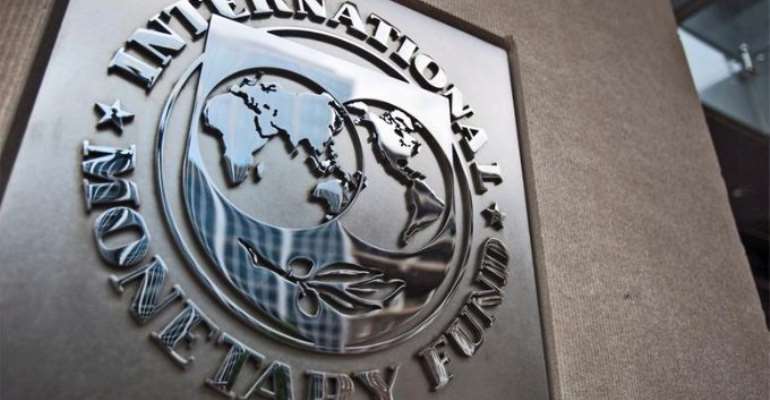 This was after the Fund carried out the latest Debt Sustainability on the country after March 2019. According to the IMF, “the medium-term debt path is now higher than in the March DSA”.

The Fund argues that this reflects “lower GDP growth in 2019 and a higher government deficit (largely due to energy sector costs) and debt service over the medium term”.

The Washington Based Lender also talks about this challenge being impacted by public and publicly guaranteed debt, which is projected to be 66.5 per cent of GDP at the of end 2019 and is expected to peak at about 68 per cent of GDP in 2020.

These debts include the Sinohydro-related debt obligations and debt of key energy sector State-Owned Entreprises (SOEs).

What is the Debt Sustainability Analysis (DSA)?

According to the IMF, the Debt Sustainability Analysis is mainly driven by debt service to revenue exceeding the threshold throughout the forecast horizon, though all other indicators also exceed their thresholds at some point over that horizon.

The fund since 2002, has used a framework for conducting public and external debt sustainability analyses as a tool to better detect, prevent and resolve potential crises.

The framework consists of two complementary components: the analysis of the sustainability of total public debt and that of total external debt.

Each component includes a baseline scenario, based on a set of macroeconomic projections that articulate the government's intended policies, with the main assumptions and parameters clearly laid out; and a series of sensitivity tests applied to the baseline scenario, providing a probabilistic upper bound for the debt dynamics under various assumptions regarding policy variables, macroeconomic developments, and financing costs.

The paths of debt indicators under the baseline scenario and the stress tests allow assessing the vulnerability of the country to a payments crisis.

The primary aim of the DSF is to guide borrowing decisions of low-income countries in a way that matches their need for funds with their current and prospective ability to service debt, tailored to their specific circumstances. Given the central role of official creditors and donors in providing new development resources to these countries, the framework simultaneously provides guidance for their lending and grant-allocation decisions to ensure that resources to LICs are provided on terms that are consistent with their long-term debt sustainability and progress towards achieving the SDGs.

The forward-looking nature of the DSF allows it to serve as an "early warning system" of the potential risks of debt distress so that preventive action can be taken in time.

Impact and implications of the IMF’s warning on the DSA

Going through the report, it may be clear that Ghana is now closer to being classified as a high debt distress country.

This after it moved from low risk, moderate risk, and now high risk. A country is classified as high risk when the threshold as established by the IMF and World Bank have breached all the baseline scenario.

In the case of debt distress, it is more like arrears or restricting has occurred or it’s considered imminent.

For some, this warning could have an impact on the cost of borrowing as a country, some “negative” reaction from the credit ratings on the Ghana creditworthiness. Some have also argued that this is more of a warning that the country could have some challenges in meeting its debt obligations on time.

According to the Bank of Ghana, the country’s total debt stock has reached GH¢208 billion ending September 2019.

Dealing with the risk of high distress

The IMF, however, maintained that a more ambitious stance in targeting smaller medium-term budget deficits than the baseline would place the government in a stronger position with lower government borrowing and rollover risk and raise buffers to accommodate contingent liabilities. It also argued in the staff report that tighter policy mix would also contain domestic demand and improve the external position of the country, resulting in a higher international reserve cover.

The IMF argued that the current challenges with the economy have been influenced by some longstanding losses in the energy sector that has spilt over to government financing needs.

It noted that “the financial sector clean-up continues to create fiscal costs, while credit to the private sector is yet to fully recover.”

The fund was also of the view that “With domestic revenue mobilization still low compared to peers, the government’s large borrowing needs are crowding out credit to the private sector and leave Ghana exposed to investor sentiment.”

But the government, on the other hand, had maintained its commitment to fiscal prudence going into an election year and has promised to maintain gains made so far since 2017.

The government has also highlighted, its budget law would deliver a headline budget deficit that respects the budget rules.

Outlook for the economy

The IMF is however quite confident about the economy going forward, despite the concerns that they raised about our rising debt stock and its impact on the economy.

The Fund noted that some of the measures that the government has undertaken which include improving revenue mobilization in terms of medium-term strategy, which they believe could address some of the problems.