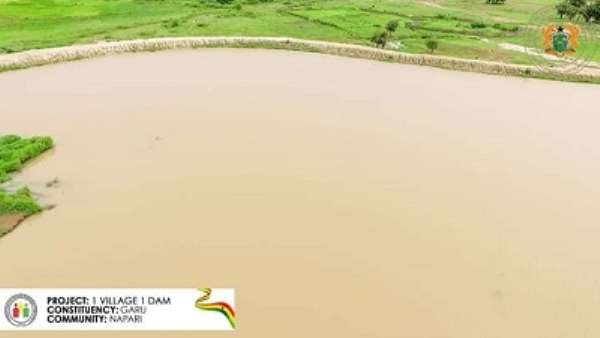 The Ministry of Special Development Initiatives has assured that all uncompleted dams under the government’s flagship project one village one dam (1V1D) will be completed this year.

The Ministry in reaction to a viral post of an uncompleted dam on social media said there were fully completed dams which are in good shape with a lot of water.

The viral video (below) reportedly shows an empty dugout which the voice narration says is the 1V1D project at Nakpachei in the Northern Region.

However, the Ministry in a post on Facebook said the pictures of some few uncompleted dams that couldn't store water during the rainy season should be ignored.

"Our fully completed dams are still in good shape with a lot of water to survive the dry season," the post read.

"Ignore pictures of some few UNCOMPLETED DAMS that couldn't store water during the raining season being circulated on social media for mischief purposes.

"All uncompleted dams will be completed this year".