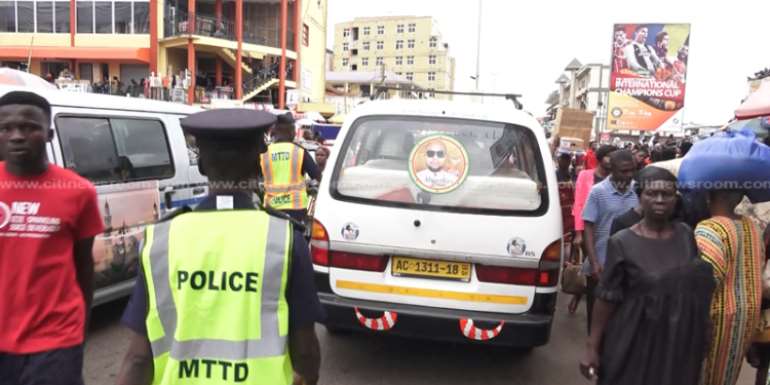 The year 2019 saw the Motor Traffic and Transport Department (MTTD) of the Ghana Police Service raising an amount of GH¢869,152.00 in terms of court fines from vehicular and motor traffic offences in Accra alone.

The amount is what was accrued from court fines imposed on lawbreakers on the road.

This information was disclosed by the Deputy Commissioner of Police (DCOP) Anderson Fosu-Ackaah, the Accra MTTD Regional Commander.

DCOP Anderson Fosu-Ackaah said in all, 1,215 cases were reported in the year under review, but 1,212 were sent to court, whereas 1,101 were convicted.

He was speaking in an interview on Friday with the Ghana News Agency (GNA) in Accra.

The Regional MTTD Commander told GNA that a bench warrant was issued for the arrest of three drivers involved in those cases.

An additional 16 cases were still before the Court, the MTTD Commander stated.

He said the Court discharged thirty-four (34) of those processed and put before it.