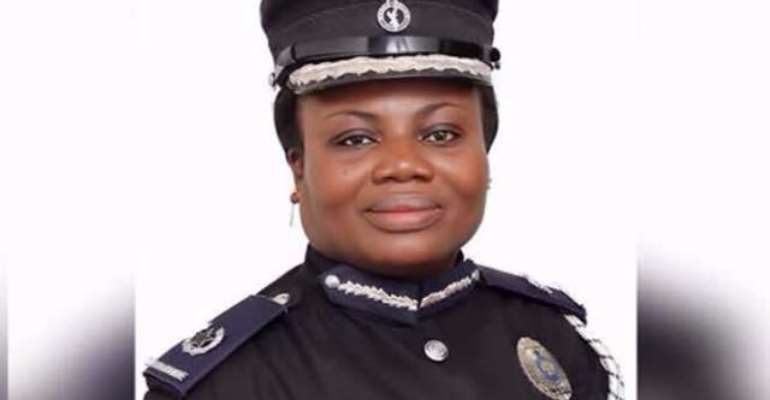 Families of the Takoradi kidnapped girls have kicked against the continuous stay of the outgoing Criminal Investigations Department (CID), Boss Maame Tiwaa Addo-Danquah, within the Ghana Police Service.

The families have waded into the recent reshuffle by the Inspector General of Police, James Oppong-Boanuh, insisting that Tiwaa is not professional enough to remain in the police service.

According to them, there was no need for Tiwaa to be reassigned arguing that the outgoing CID Boss should be kicked out of the police.

The families have also contended that Tiwaa's reassignment vindicates their earlier demands to have her sacked from the police.

Calls for the dismissal of the outgoing CID boss was spearheaded by the families of the kidnapped girls due to what they termed as her supposed incompetence in the handling of investigations into the kidnappings of their relatives.

A spokesman for the families, Michael Hayford Grant and a sister of one of the kidnapped girls, Nana Adjoa Quayson, in a Citi News interview demanded reasons for DCOP Tiwaa's reassignment instead of her dismissal.

“When I heard the news, I wasn’t surprised because we are in an election year and anything can happen. However, we do not know what the next CID boss is coming to do about our issue given the fact that they claim the bones that were found were those of the girls. God is watching them. We asked that she is sacked but they refused to do.”

The families further asked the new CID Director to re-investigate the kidnapping issue.

“The leaders of this country know what is good for them but they won’t do it. Initially, when the issue came up, we called on the CID boss to resign but they waited till now and rather moved her. For me, I do not know why they reassigned her. She has to resign or be sacked, that is what will be best. We, however, have confidence in the new IGP. So as it stands now, the families are just hoping for the best.”

Maame Yaa Tiwaa Addo-Danquah (then ACP), the Second-In-Command at the CID Headquarters, was asked to take over the mantle of leadership at the Criminal Investigations Department in 2017 when the then CID boss, COP Bright Oduro was ordered to proceed on his terminal leave, pending his retirement in January 2018.

Her promotion came at a time when she was receiving a lot of backlash following accusations of alleged unprofessional conduct in a case she was investigating.

Tiwaa again came under fire in 2019 when she assured families of the three kidnapped Takoradi girls that she knew the whereabouts of their missing relatives, an assurance which turned out to be false.

A lot of Ghanaians called on her to resign over the gaffe.

Instead, she was reassigned by the Inspector General of Police, James Oppong-Boanuh on Friday, January 3, 2019.

She is now the Director-General in-charge of Welfare at the Ghana Police Service.

Tiwaa's reassignment is supposed to take effect on January 15, 2020.