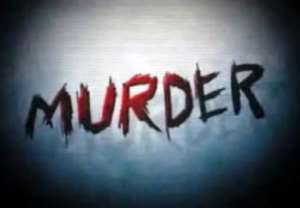 The secretary to the Chief of Gbintri in the Mamprugu Traditional area of the North East region has been murdered in cold blood.

Aremeyaw Nasigri was shot dead by unknown gunmen on Wednesday night at a drinking spot in the community.

East Mamprusi Municipal Chief Executive (MCE), Abdul Nasir Baba who confirmed the incident to JoyNews, said the deceased was having drinks with his colleagues when the attackers arrived on a motorbike and shot him multiple times.

Quoting eyewitnesses and security sources, the MCE said the killing occurred about 9 pm. The Gbintri chief’s palace has also confirmed the murder.

The Divisional Police Command in Gambaga said it has launched a manhunt for the attackers after depositing the body at the Baptist Medical Centre in Nalerigu.

The town has since been thrown into a state shock as they mourn Mr Nasigri.

The murder of the chief’s secretary has affected new year activities in the community.

The Konkomba Students Union has been forced to cancel a plan general meeting that was to be held in the community on Thursday.

We Won't Use Your Money To Buy Akonfem — Akufo-Addo Vibes Bu...
37 minutes ago