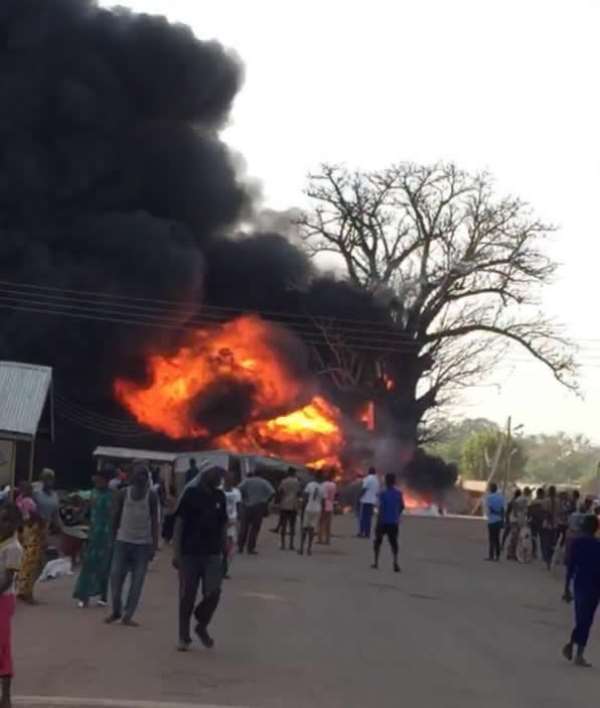 Fire has gutted about 100 barrels of fuel at a filling station at Tolon and extended to four nearby houses in the Tolon-Kumbungu district of the Northern Region.

According to reports, a fuel attendant was filling the tank of a customer when one jerrycan caught fire and begun to burn other barrels that were packed at the place. 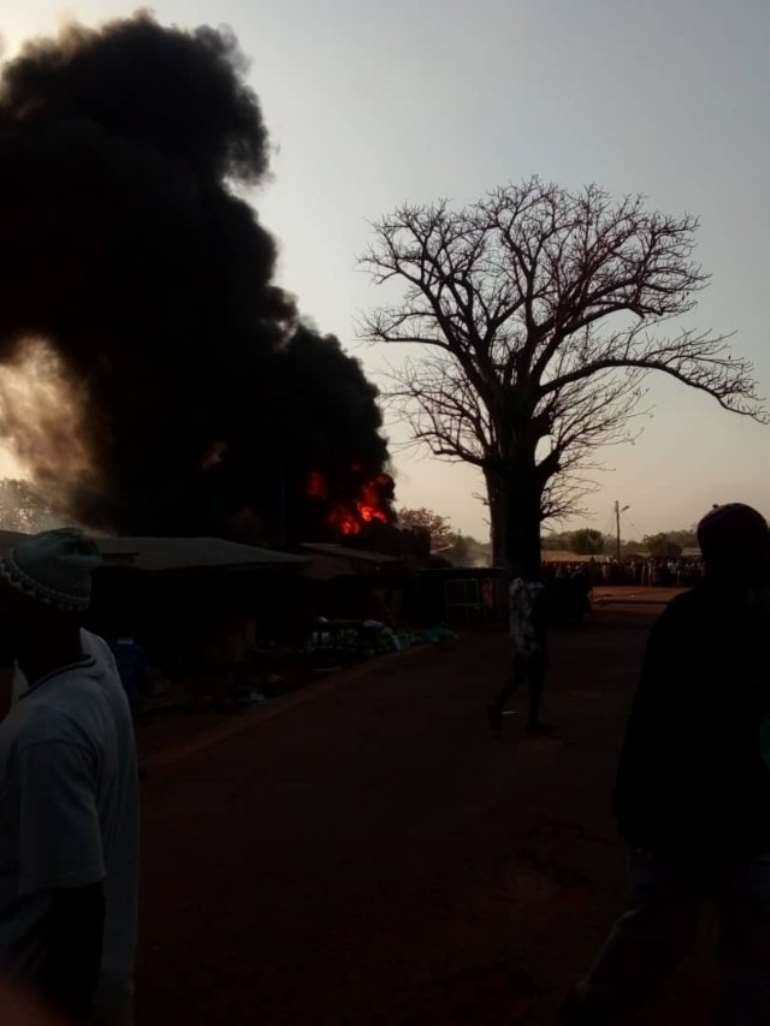 An eye witness Sulemana Zakaria told Joy News’ Martina Bugri that the fire was so intense that people had to run for their lives.

He added that the fire which started at about 3 PM Wednesday afternoon was still raging as firefighters continue to battle it with little success due to the mixture of fuel and water. 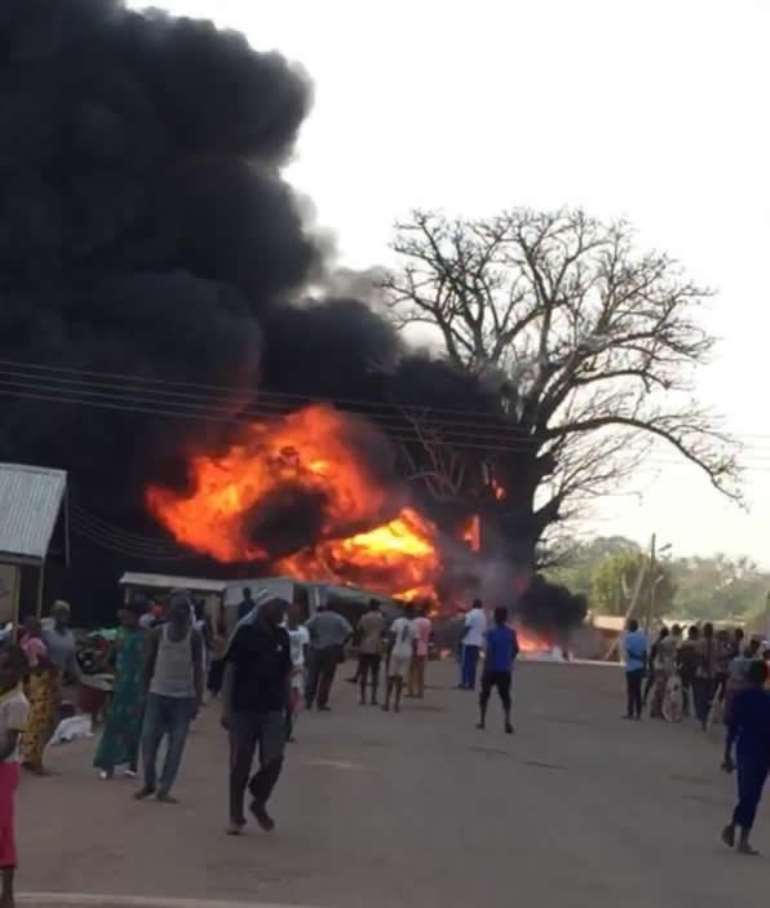 Fortunately, no casualties have been recorded.