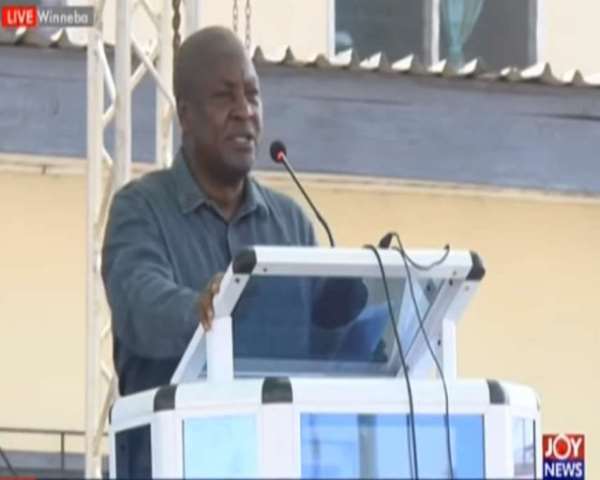 Former President, John Dramani Mahama has attributed monetisation of elections held in the country to dissipation of state funds.

The flagbearer for the opposition National Democratic Congress (NDC) indicated that citizens get agitated when politicians misuse state resources and are often inclined to ask for their share of the graft during elections.

“So when you go to the people and say ‘vote for me’, what should they tell you?” They will say ‘the ¢62 million you chopped give me some before I vote for you.’ That is clearly monetisation,” he added.

The Minority in Parliament on December 19, revealed that government expended ¢62 million on foreign travels and described the development as worrying.

Ranking Member on the Finance Committee, Cassiel Ato Forson who disclosed the figures further demanded accountability from government and argued that the amount spent could have been used to provide basic amenities for the suffering Ghanaian.

“This spending is something that we don’t have to encourage. I strongly believe that the time has come for Ghanaians to demand accountability from the Office of the President in terms of the expenditure that goes on there. Within the last nine months, it will surprise you to know that, the President has spent almost ¢63 million on foreign travels,” he stated.

Commenting on the issue, Mr Mahama at the 38th Anniversary celebration of the 31 December Revolution at Winneba in the Central region, said it amounts to wasting the taxpayers' resources.

He also noted that the Electoral Commission (EC) request for over ¢400 million is another attempt to misappropriate national funds.

According to the former President, the current voters' register is only seven years old and an upgrade of the software could rectify the issues the Commission is dealing with at a cost of ¢200 million which is far lesser than compiling a new register.