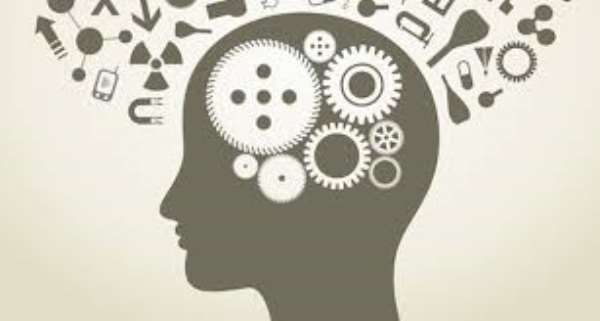 Certainly, to have a clear view of the drivers of a country’s, such as Ghana, (under) development or unsteady trajectories of its socioeconomic progress means we cannot afford to lose sight of the citizens’ general expectations, core ideas, worldviews, cultures, and the institutions upon which the nation is run. Indeed, considering all the foregoing factors provide us with a solid understanding of the state of affairs of that country; because, all the preceding elements influence and reinforce each other in much profound ways.

Actually, the “yen kyƐ ni” way of thinking is one of the major problems holding back Ghana’s smooth progress. It is worth stressing here that the English translation of the Akan phrase “yen kyƐ ni” that forms the basis of this present discussion may be loosely expressed as “let’s create/loot, or share selfishly what we get now for our instant gratification” and forget about the needs of the next generation. In other words, one of the Ghanaians’ enduring but self-centered cultural mindsets based on “yen kyƐ ni” or “let’s share/eat all we have today and tomorrow will take care of itself” attitudes are why Ghana is struggling to make any meaningful economic advancement.

That is to say, unless these retrogressive and self-serving frames of mind are completely suppressed or eradicated from our political, socio-cultural psyches, the boundaries or the possibilities of our national expectations, perceptions, thoughts, and reactions to crucial national developmental initiatives will always be limited and mediocre, to say the least. Ironically, the cold truth stares us right in our faces every day but the average Ghanaian prefers buck passing to self-introspection vis-à-vis why many of our law enforcement agencies and other state institutions are festered with corruption.

Literally, throughout history, the primary objective(s) of every government has been the maintenance of “law/order” but as societies started expanding and becoming more complex, the provision of “public goods” which include the construction of railways, roads, water pipelines, electricity, public schools, and other infrastructures arguably became part of the contemporary government’s functions.

Unfortunately, however, because a large number of Ghanaians’ have entrenched culture of “instant gratification,” any government that comes into power with foresight, creativity, and good intentions of laying down the basic socioeconomic structures as the current Nana Addo regime is doing to help put the nation on the sustainable path for development, may likely face cynical resistance. As a result, many of these forward-thinking leaders will be denied the relatively long incubation period needed to nurture their policies in that the “yen kyƐ ni” tendencies have been limiting our perceptions and critical thinking abilities to the fundamental realities of life.

In fact, this nation’s economic progress has always been cruising at a snail-pace, because our culture or mentality usually revolves on the axis of “yen kyƐ ni” today or what the government of the day can hand out to the people rather than what the citizens can patriotically do for the dear country, Ghana. Many of our values, in terms of our sense of patriotism, morality, prudence, building Ghana today for better tomorrow, obviously are not the most important priority for millions of Ghanaians, including a host of the media talking heads who think their views are the most sacrosanct to the national discourse.

Our self-seeking habits reflect on our interpretations of what passes for genuine expectations and supreme national interests. The point is, what makes anyone thinks he or she can “eat Emma’s waakye” and have it back at the same time? Ghanaians, including some politicians and the media, pretentiously talk about their hatred for public corruption and quickly turn around screaming “witch-hunting” as soon as the government shows honest commitment to prosecute the corrupt public officials. Any wonder JDM and co. are walking around freely and acting like saints?

On subconscious level, it’s likely countless Ghanaians are attracted to the government of “yen kyƐ ni” and this cultural mindset explains the so-called nostalgic sentiments some Ghanaians are expressing for the erstwhile Mahama-led NDC administration. Other than that how can any altruistic-minded person resists a government that introduces free senior high school education as the “mighty” United States has; puts the nation’s hitherto dysfunctional balance sheet in sound order; makes Ghana the “toast of the globe” owing to the Year of Return concept; dumps the irregular electric power flow (dumsor) to the ashes of history; makes staple food prices reach their lowest level in recent memory, and still complain about “times are hard”? Clearly, some of us will not be surprised to see Jesus Christ come today and Ghanaians will not even realize he is here with us.

Many Ghanaians remind me of the ancient Roman mobs: they “hail” Emperor Caesar this hour, and the next minute they ask for his “head” because the Romans at the time were not only impressionable but also they didn’t have a good appreciation of what decisive leadership entailed. Ghanaians can change the NPP government today, but “times will always be hard” until majority of us change our phony and inward-looking attitudes. Let’s sacrifice today for better days ahead.

As the late Singaporean Prime Minister Lee Kuan Yew widely regarded as the chief architect of his country’s socioeconomic development milestone rightly observed, “Getting the [economic] fundamentals right would help, but…If you have a culture that doesn’t place much value in learning and scholarship and hard work and thrift and deferment of present enjoyment for future gain, the going will be much slower.” Ghanaians need to be real with themselves and cut the blatant contradictions and hypocrisies!