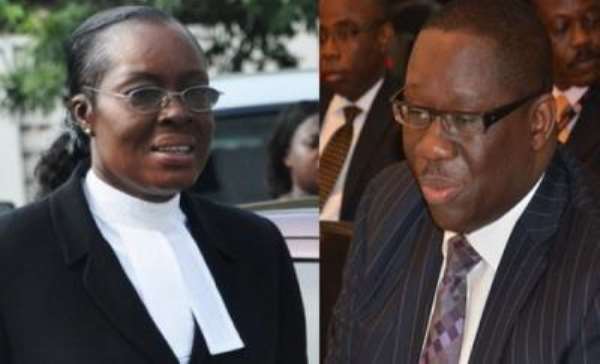 When the Ernest Thompson case was called on December 19, 2019 it seemed the prosecution was not ready with the summary of evidence of all their witnesses in SSNIT Operational Business Suites (OBS) case, as ordered by the Court three good weeks ago.

The explanation of the prosecution was that their witnesses are complaining about their JOB SECURITY AND THEIR PERSONAL SAFETY if they come and give evidence.

They therefore wanted adjournment until early January to see if they could file the witness statements.

A lot of their witnesses will be from SSNIT. The would-be witnesses are alleged to have bad-mouthed other colleagues to warm and ingratiate themselves before the new heads of the institution after the NDC lost the 2016 general election.

These SSNIT staff are alleged to have told the newly appointed management about the OBS project and thus managed to get their seniors and colleagues who worked on the OBS project either interdicted or seconded or even sacked.

They were then given new higher positions hitherto occupied by their said seniors and colleagues.

They did not anticipate that when they were going to write their statements at Economic and Organised Crime Office(EOCO) they will one day, have to come to Court to defend it. Also, they did not foresee that subsequently, the Supreme Court will order that the accused persons, be provided with all documents including statements that they intend to rely on.

The SSNIT staff wrote their statements before this Supreme Court directive so now that the accused have been given copies of their statements, they are faced with whether what they wrote is true or not. This is a puzzle and a dilemma.

The recent perjury application against prosecution witnesses may also have put a shaft and a whiff of fear in them. Hence the seeming dearth of witnesses for the prosecution.

There is no reason why a witness should be in fear of his life because since they went to EOCO over three years ago and since the accused were served with their statements, nobody has threatened and them particularly since the accused have no power to sack them from SSNIT. Their jobs cannot be on the line, so they must face court one lawyer said.