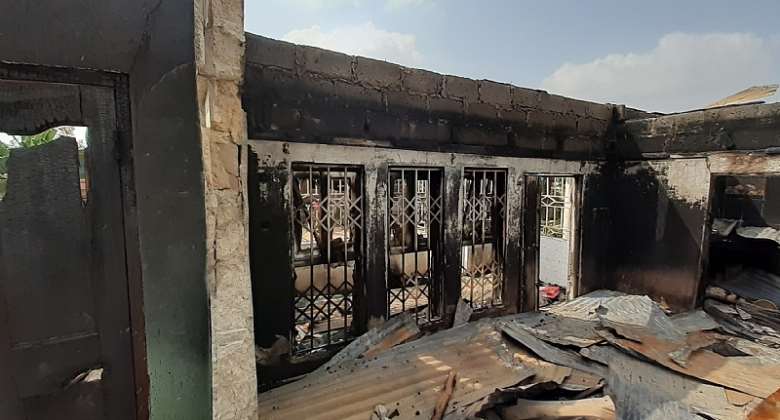 The Newly Elected Assemblyman for Borban a community in the Asokore Mampong Municipality in the Ashanti region, Hon. Salu Yakubu has appealed the Government to consider initiating "one constituency one fire tender."

He stipulated, the initiative if implemented, would help complement the existing efforts in fighting unwanted fire.

His comments follow a bizarre fire that razed a four-bedroom apartment claiming the lives of two (2) girls in the electoral area.

Hon. Salu believed if the fire service were to have intervened timely things wouldn't have turned out sorrowful.

"We tried all we could to reach the fire service but no avail. They came after the fire has razed the house. "

He added, if the Asawase Constituency were to have a fire tender, the situation could have been controlled.

The father of the deceased girls, Mr. Abubakar described the incident as "God destined"

"Whatever the cause of the fire is, I have handover my affairs to the most high. He giveth and taketh. I can't believe this!" He said soberly as tears roll down his cheeks.

Galamsey: We have to win the fight to protect our heritage -...
53 minutes ago