Lawyer, Catholic Priest Face Court Over Forgery Of 'Will' 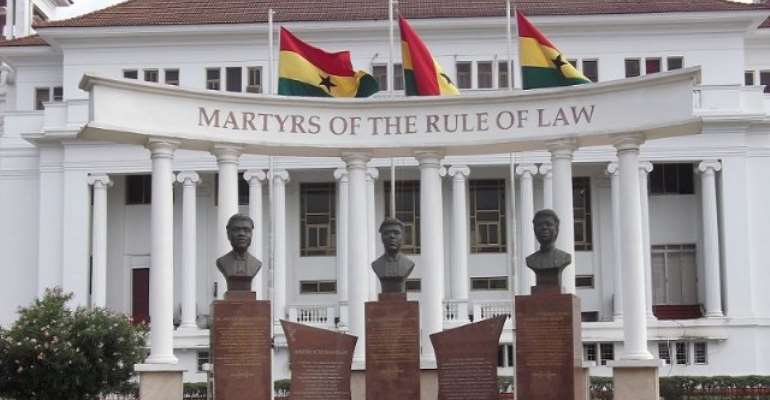 Four persons, including a lawyer and a Catholic Priest, have been arraigned before an Accra Circuit Court for allegedly forging the Will of one Kofigah Atanley Komla. They also attempted to secure probate at the High Court.

They are John Kwaku Quarshie, a mechanic, Francois Kofigah, a contractor, Peter Kofi Atsu, a Catholic Priest and Somtim Tobiga, a legal practitioner.

Kofigah, Atsu and Tobiga have been charged with abetment of crime and altering of document.

Quarshie has, additionally been charged with forgery of other documents.

The four accused have denied the various charges and have been admitted to bail in the sum of GHC10, 000.00 each with two sureties each.

The court presided over by Mrs Justice Rita ordered Tobiga to go and give his statement to the Police.

The court then adjourned the matter to January 28, 2020, and directed the Prosecution to serve the accused with all documents they are going to rely on for the trial.

He said on September 5, 2009, the complainant’s father, Kofigah Atanley Komla died and left behind two wives and 21 children including the complainant. Francois Kofigah is the eldest son of the deceased.

He said after the funeral and burial of the late Kofigah Atanly Komla, the entire family met to discuss how to dispose of the estate of the deceased.

Prosecution said at the meeting the family was told that the deceased died intestate so arrangement and plans were put in place as to when and how to share the estate of the deceased.

He said while the preparations were underway, the family received a letter from the High Court asking them to appear before the High Court for a Will purported to have been authored by deceased to be read to them.

The Prosecution said on February 5, 2010, the family appeared before the court and when the Will was shown and read to them, the complainant detected that the executors were Francois Kofigah, Madam Sophia Obuobi, the mother of Francois Kofigah and Muda Eliason, a brother to the deceased person.

Prosecution said the complainant demanded a copy of the Will and after carefully examining the signature on the Will, they filed a motion in court to challenge the authenticity of the Will.

He said the matter was heard in court and finally a ruling was delivered in favour of the complainant declaring the Will null and void.

The Prosecution said during the proceedings in court, it became evident that Somtim Tobiga was the person who drafted the Will.

Chief Inspector Apiorsornu said in April 2018, the complainant petitioned the Director-General of the Criminal Investigation Department (CID) for investigations to be carried out on how the Will came to be forged.

Prosecution said the matter was referred to the Documentation and Visa Fraud Unit (DVU) for investigations.

He said as at April 8, 2018, when the petition was referred to the DVU, two of the executors, Madam Sophia and Obuobi and Eliason Muda had passed on.

The prosecution said checks conducted at the High Court Registry, Accra revealed that the purported Will was deposited at the Court’s registry on October 7, 2009 after the death of Komla.

He said it was also revealed in the cause of investigations that on May 12, 2010, the accused persons used the forged Will in an attempt to secure a probate at the High Court.

He said two executors Quarhsie and Kofigah were arrested while Atsu claims that the deceased was his good friend and asked him to be an executor which he agreed but did not take part in the preparation of the will.

The Prosecution during investigations specimen signatures on the purported will together with samples of documents were sent to the Police Forensic Lab (FSL) for examination and comparison.

He said the report from the FSL indicated that signatures had been altered.

Prosecution said Tobiga has been invited by the Police on several times but he has failed to honour the invitations hence a criminal summons was served on him to appear in court.