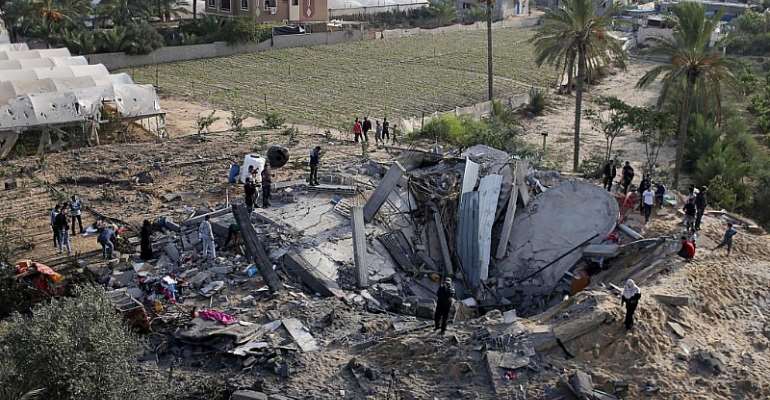 The head prosecutor of the International Criminal Court in The Hague announced that after assessing the situation, she says the criteria is there to pursue a case of alleged war crimes committed by Israel against the Palestinian Territories under the Rome Statute.

“I am satisfied that there is a reasonable basis to proceed with an investigation into the situation in Palestine,” said ICC chief prosecutor Fatou Bensouda in a statement.

“In brief, I am satisfied that  war crimes have been or are being committed in the West Bank, including East Jerusalem, and the Gaza Strip … potential cases arising from the situation would be admissible; and there are no substantial reasons to believe that an investigation would not serve the interests of justice,” she added.

The statement was translated into Arabic and Hebrew on Tuesday.

“New edicts are being cast against the Jewish people - anti-Semitic edicts by the International Criminal Court telling us that we, the Jews standing here next to this wall ... in this city, in this country, have no right to live here and that by doing so, we are committing a war crime,” he said at a candle-lighting ceremony by the Western Wall, an important symbol of Judaism.

Bensouda said that the referral came from the Palestinian Territories, so Pre-Trial Chamber authorisation is not necessary.

However, she said that due to the unique and highly contested legal and factual issues, she would need Pre-Trial Chamber I to rule on the scope of territorial jurisdiction of the ICC's Rome Statute in Palestinian Occupied Territories.

Specifically, the court would need to clarify that the “territory” is made up of the West Bank, East Jerusalem and Gaza.

She indicated that this ruling would be essential in order to deal with the victims of the affected communities, as well as witnesses and witness protection, and how the investigation would be conducted.

The chief prosecutor called on the court to rule on the matter without delay.

In the past, the ICC, with Bensouda, a Gambian, as chief prosecutor, was subject to major criticism from African countries for only focusing on cases stemming from the African continent. In recent years, investigations have expanded to include Afghanistan, Colombia, Iraq, Philippines, Ukraine, Venezuela, and the deportation of the Rohingya from Myanmar to Bangladesh.