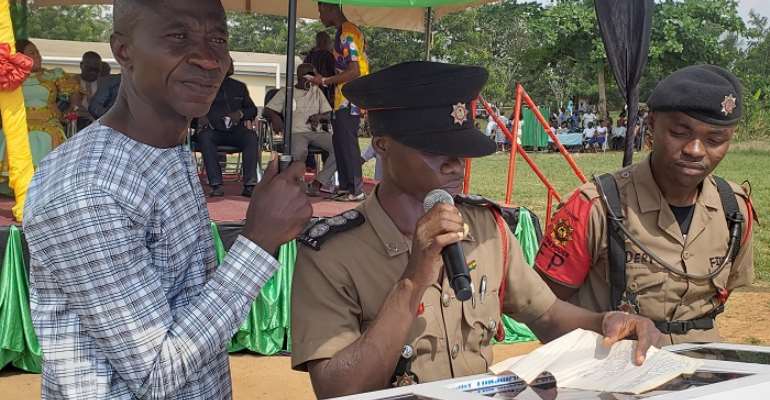 Rat hunters have been cautioned against starting fire indiscriminately to eject rodents from their holes and habitats as the Harmattan season nears.

A similar warning has been extended to palm wine tappers, charcoal burners, bee hunters and other people who employ fire in their trade.

According to him, fire could easily get out of hand due to the dry nature of the weather. He, therefore, warned the public, especially hunters and farmers, to be extra careful with fire.

“The dry season can easily start instant fires, which have the potential of causing disaster so I am urging people to be extra careful when dealing with fire. This warning is mainly directed at hunters, especially rat hunters and farmers, who clear their farmlands with fire,” the Fire Service official cautioned.

Addressing the people of Dabaa in the Atwima Nwabiagya North District during a durbar recently, Mr. Coffie announced that his outfit was in the process of recruiting a fire volunteer squad.

He stated that the squad would be given training on modern and professional ways of dealing with fire outbreaks at Dabaa and nearby communities.

He further noted that the number of Fire Service personnel at Dabaa and neighbouring communities was not enough.

It was as a result of this that his outfit had come out with a policy of recruiting and training people to be part of the Fire Volunteer Squad to complement the work of the Fire Service.