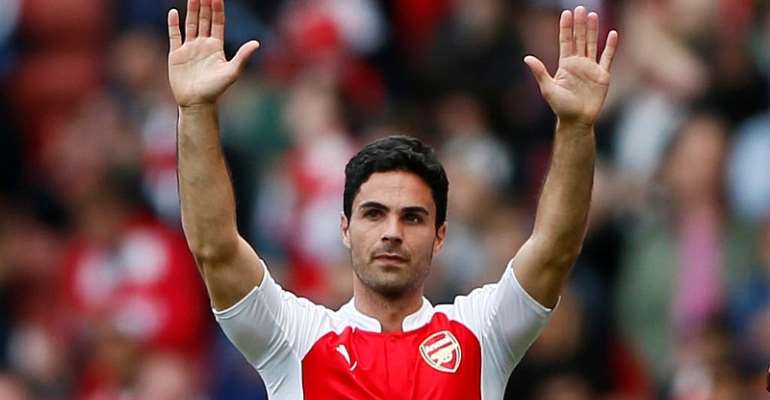 Mikel Arteta was on Friday appointed head coach of Arsenal. The 37-year-old Spaniard takes over from his compatriot Unai Emery who was sacked on 29 November after 18 months in charge.

Arteta, who played 150 games for Arsenal between 2011 and 2016, signed a three-and-a-half year contract to end a three year association as Pep Guardiola's assistant at Manchester City.

"This is a huge honour," said Arteta in a statement. "Arsenal is one of the biggest clubs in the world. We need to be competing for the top trophies in the game and that's been made very clear to me in my discussions with the owner and club director."

The former midfielder will sit in the stands for Saturday's match against another of his former clubs Everton.

Return
Once he takes over from interim coach Freddie Ljunberg, he faces a monumental task to regenerate one of the giants of English football.

The north Londoners have won the FA Cup on a record 13 occasions including 2014, 2015 and 2017. But they have not claimed the Premier League trophy since the halcyon days of Arsene Wenger's reign in 2004.

They were denied European glory last June when Chelsea thrashed them 4-1 in the Europa League final.

Task
"We all know there is a lot of work to be done to achieve that but I am confident we'll do it," added Arteta.

"I'm realistic enough to know it won't happen overnight but the current squad has plenty of talent and there is a great pipeline of young players coming through from the academy."

Raul Sanllehi, Arsenal's head of football, said the club had interviewed other candidates before opting to pursue Arteta.

"Mikel understands Arsenal Football Club and what it means to our fans around the world. We look forward to him getting down to work and bringing the best out of our squad as we work to get our season back on track."