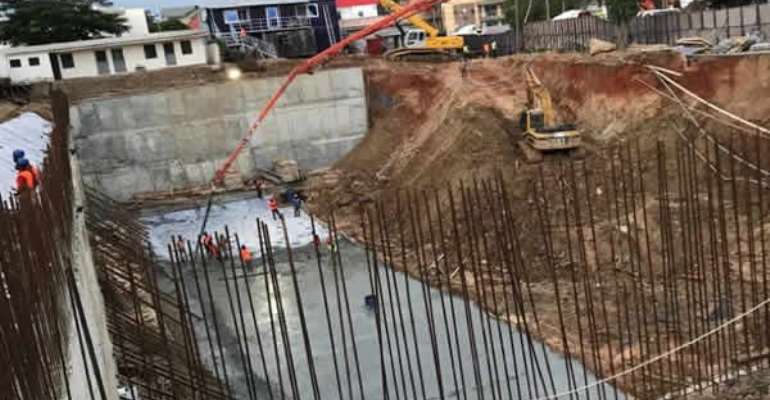 Lawyer for the Turkish developers at the Airport residential area has said, his clients are not engaged in building of a 22-storey building as alleged.

Samani Zakari said his clients, some of whom were arrested Wednesday afternoon on the orders of Roads and Highways Minister, Kwasi Amoako Atta, were only excavating and building a retaining wall.

“They were not building, they have no permit to build,” he told Joy FM’s Top Story programme.

He said he is hopeful the police would release his clients on bail since what they have been accused of “is not a very serious offense.”

The developers blocked roads in the area for their construction work.

According to the lawyer, they had no permit to block the road but they did so to protect human lives while they awaited the permit to be granted.

He has also denied that their construction work caused damage to the building of Association International School nearby.

Headmistress of the school, Audrey Doryumu, however, maintains that the Turkish developers are building.

“They are in defiance of a court order asking them not to build. I can send you pictures of their construction work,” she said.

According to her, the road-block by the developers has affected their school activities adversely. Staff must find alternate routes to work and parents also find it difficult to pick their children from school, she said.

“This is madness,” he fumed, ordering security personnel to arrest all the developers on site.