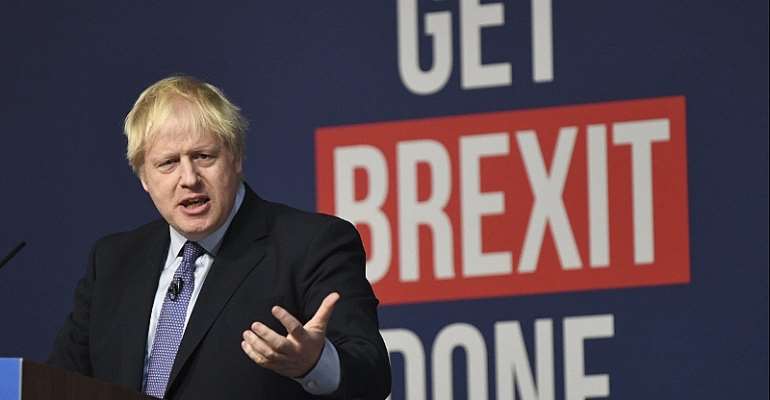 Britain is looking drenched at the moment; colours blue and yellow seem to be streaking through the country. The Scottish Nationalists have re-asserted control lost to the Conservatives in 2016. In the rest of the country, seats never touched by Tory Blue have are now occupied by the party of Boris Johnson. Yet again, British politics shows that the posh boys, when it comes to moments of crisis, can pull in the deluded, and denuded working class. This must count as the political version of Stockholm syndrome, the working class playing hostages finding affection for their Tory tormenters.

Overall, though, the picture is one of various influences, teasing away in the background. Johnson has returned to Downing Street in another feat to baffle the pollsters but other factors were at play. Nigel Farage’s Brexit Party, despite not winning seats, loomed large. Ventriloquising on the issue of Brexit, his strategy to field fewer candidates, and certainly none against Conservatives, avoided a splitting of the conservative vote.

The Tory battering ram was taken to the Brexit seats held by Labour members, those in the midlands and the north. The aim: to cause breaches in the “Red Wall”. With Labour’s Jeremy Corbyn dithering and umming about Europe and the sense that Johnson might be the one to seal the pact and deliver the deal, a Faustian arrangement was struck. Go for the blue devil; he, at least, might be able to take Britannia out of this mess, consecrate the fears of Europe.

Claims of anti-Semitism within Labour’s ranks had a pecking influence, though history will probably show this to be a noisy sideshow. The issue of Corbyn the man will remain. As former Labour Home Secretary Alan Johnson claimed, “Every door I knocked on, and my team and I spoke to 11,000 people, mentioned Corbyn. Not Brexit but Corbyn.”

What the Johnson Brexit focus did was banish and shroud any conversation and discussion about a generous anti-austerity policy outlined in Labour’s manifesto. It involved a promise of more funding to the National Health Service, the recruitment of more nurses and police. Momentum was the socialist cleanser, the panacea to New Labour. Corbyn now finds himself out on his ear. The Labour movement finds itself wrangling. The question as to whether Corbynism survives the man is a genuine one.

The strategy from Labour HQ had evidently been to not mention Brexit, a dangerous gamble. The Conservative strategy was to howl, scream and badger everybody along the electoral road from south to north about how they were the only ones capable of “getting it done”. Johnson himself seemed to be doing political panto, pretending to be baker, milkman, fisherman, digger driver, amongst others.

When things got complicated on policy, Johnson was found fleeing to a fridge to avoid journalists or suppressing potentially compromising reports, which was the case with the findings of the Parliamentary Joint Committee on Intelligence and Security on claimed Russian influence in Britain.

The result was subsequently deemed a second Brexit Referendum, with the Conservatives able to unify the Leave vote. The Remain vote, on the other hand, shattered. Defectors and the middle ground types such as the Liberal Democrats, were spanked. Law making moderates were ditched. “As a result,” opined Yasmeen Serhan, “those who traditionally inhabit the middle ground, or who otherwise differed with their party’s position on Brexit, were effectively left with two options: put up or shut up.” Labour yielded its worse result since 1935. “In the past hundred years, rued former Labour adviser Torsten Bell, “no opposition has lost seats after 9 years in opposition.”

A form of resounding approval for an authoritarian figure was given, one who had mocked every stable British institution from the courts to Parliament itself. As The Observer noted in October, democracy under Johnson had atrophied. “Our political honour code is breaking down, unleashing a race to the bottom that the good men and women who sit in parliament can only watch unfold with horror.”

Long-time conservative scribe Peter Oborne, in explaining why he could never vote for Johnson, saw the challenge as not merely one against institutions, but against authentic, sensible conservatism. Genuine conservatives had been driven out of the fold by votaries of a near revolutionary sect. “Johnson,” he insisted, “has become the leader of a project – his adviser Dominic Cummings is an important part of this – to destroy conservatism.”

The salutary lesson, one that Johnson managed to master, is that voters often vote against, not for, their interests. Britain will be getting much more than Brexit. Far from being “oven ready”, as Johnson was so keen to promote, the country will find itself in a transition period, one where the EU will retain its influence. Single market membership will remain, financial contributions will continue as will the contentious notion of free movement. But Britain will have lost both a vote and a voice and be poorer for it.