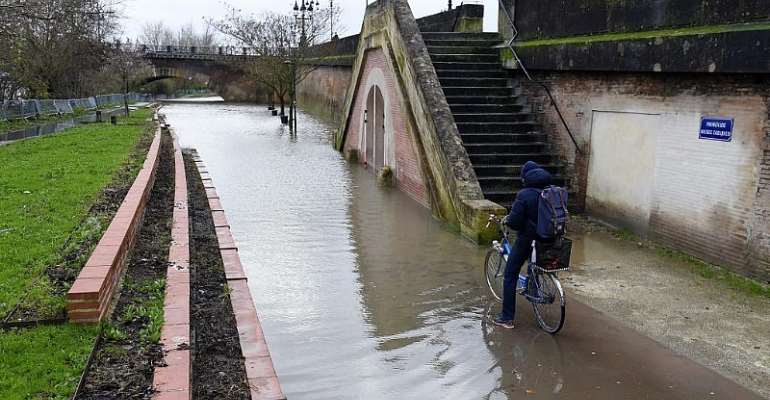 At least 220,000 homes were without power in southwestern France on Friday after powerful winds swept across Atlantic coastal regions overnight, at times gusting to 140 km/h.

Rescue services said four people had been injured when trees fell on their vehicles during the storms, and traffic was snarled due to trees and other debris on roads and highways.

Grid operator Enedis said at one point during the night some 400,000 homes were without power, after 14 departments were placed on high wind and flooding alerts.

Eight departments, mainly in the Occitanie region closer to the Mediterranean, as well as the island of Corsica were still on alert Friday, according to weather service Meteo France, severely disrupting maritime travel.

Meteo France also warned the winds posed heightened avalanche risks in the Alps over the next 24 hours, in particular in the popular skiing departments of Isere and Savoie.

Although the winds are forecast to ease later Friday, Meteo France said it expected them to intensify again into the weekend.

In the popular surfing towns of Biarritz and Anglet, authorities closed beaches Friday on expectations of dangerous waves during the afternoon high tide.