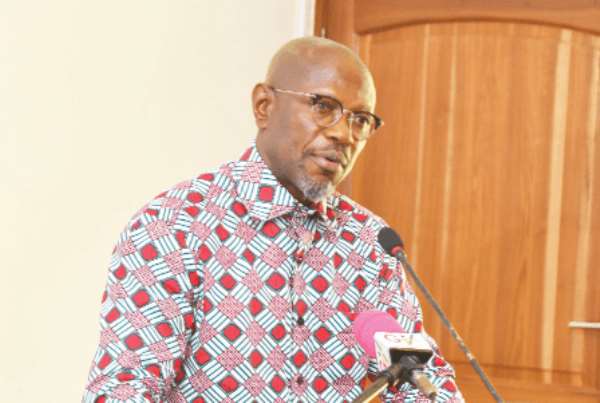 SIM box fraud and other mobile phone-based illegalities will totally be eliminated when the National Communications Authority (NCA) completes an exercise to register all active SIM cards in the country by June 2020.

The re-registration of SIM cards is expected to help the law enforcement agencies to identify owners of subscriber identification module (SIM) cards and effectively track and stamp out illegal activities “such as SIM box fraud”.

The Minister of Communications, Mrs Ursula Owusu Ekuful, gave the assurance in a speech read on her behalf by her deputy, Mr George Andah, at the 19th Council of African Regulators Meeting in Accra yesterday.

The process to sanitise the telecommunications space, she said, aligned with the government’s effort to combat cyber crime to help bring trust into the sector “which is now the backbone for other social services to ride on”.

As a result, beginning January 1, 2020, all holders of SIM cards in the country will be required to re-register them within six months, after which all unregistered ones will be terminated.

“Improving the communication experience of Ghanaians is the vision of the NCA day in, day out and consumers are growing more and more dependent on the Internet as a means of communication and as a link to other resources for everyday life,” Mrs Owusu Ekuful told the regulators.

One Africa Network
The meeting was to present updates on the One Africa Network (OAN) roaming hub and clearinghouse which is expected to handle all traffic originating and terminating within the African continent.

Other issues expected to be discussed during the two-day meeting include free regional roaming, fifth generation (5G) policy implications in Africa, among other communication-related issues.

The Board Chairman of the NCA, Mr Kwaku Sekyi-Addo, said regulators in Africa must collaborate to share knowledge and build trust in the telecommunications sector to drive development to the continent.

“I would like to inspire and encourage other African countries to open their doors so that we can all learn from one another to build trust in the telecommunications industry and foster greater access to services for development for our people,” he said.

He encouraged participants to be forthcoming with their concerns to help bring out reflective solutions to the challenges in the sector.

Background
According to the Ghana Telecommunications Chamber, the state loses more than GH¢3 million every month to SIM box fraud.

Beyond the monthly losses, activities of the fraudsters had also led to a decline in International Direct Dialing (IDD) revenue from as high as GH¢222 million in 2012 to about GH¢56 million, which is projected for the end of 2019, a 74 per cent reduction.

The Head of the Cyber Crime Unit of the Ghana Police Service, Dr Gustav Yankson, told the Daily Graphic in an interview that although there was an alarming surge in the activities of SIM box fraudsters, a joint effort by the Cyber Crime Unit and the Ghana Telecommunications Chamber had resulted in a series of operations to round up the criminals at different locations in Accra.

Within the last two weeks alone, he said, the joint effort had resulted in raids at different locations within Accra, in the course of which four adults were arrested, while two others were on the run.