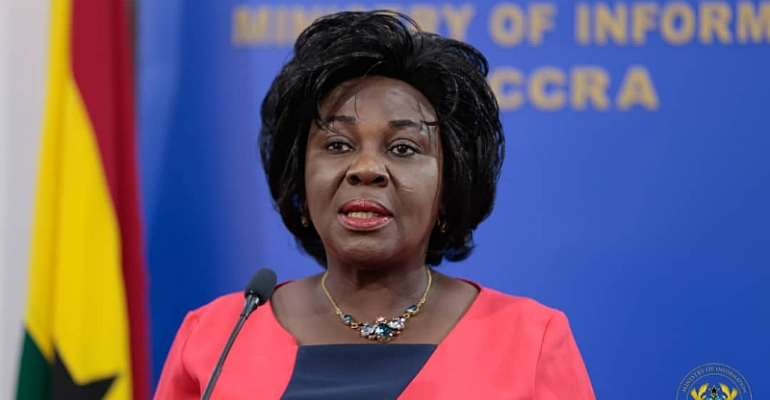 The Ministry of Sanitation and Water Resources says it has initiated a process of putting together comprehensive consolidated National Sanitation Laws which will serve as the primary reference document for the preparation of bye-laws to effectively prosecute offenders.

According to the Minister of Sanitation and Water Resources, Cecilia Dapaah this will ensure the strict adherence to the various national/local environmental sanitation laws and regulations in Ghana as directed by President Akufo-Addo.

Addressing the media in Accra, Hon Dapaah said, “We initiated a vision to introduce recycling as a key component of our waste management. As a Government, we encourage and support recycling.”

She also added that the works of Integrated Recycling and Compost Plant (IRECOP), a private waste recycling initiative by Zoomlion with plans to extend to all the regional capitals.

The sector minister mentioned that under the Sustainable Rural Water and Sanitation Project, 12972 Household Toilets have been constructed and 351 out of 685 targeted communities has attained open defecation free status.

She further mentioned that the Ministry through the Greater Accra Metropolitan Area (GAMA) Sanitation and Water project has also within the period constructed 26,000 toilets benefitting about 180,000 low income communities.

“Under the same project, 260 beneficiary schools have been provided with toilet facilities to benefit 200000 school children,” she noted.

She noted that the Ministry has initiated the construction of 654 boreholes, 621 of which are to be fitted with Hand-pumps and 33 mechanised to benefit about 220000 people.

The Sanitation Minister called for attitudinal change on the part of Ghanaians adding that its citizenry must constantly educate the public on the right behaviours required from all citizens.

“It is a shared responsibility of all stakeholders alone calling for a ‘No One Should Be left Behind’ in achieving the vision of President Akufo-Addo’s vision of making Accra the cleanest city in Accra,” she stated.

The sector minister emphasised that although the sanitation situation has generally improved, there is still room for improvement.

The Sanitation and Water Resources Minister mentioned that while ensuring drains and gutters are regularly cleaned, street sweepers must promptly collect refuse along the streets.