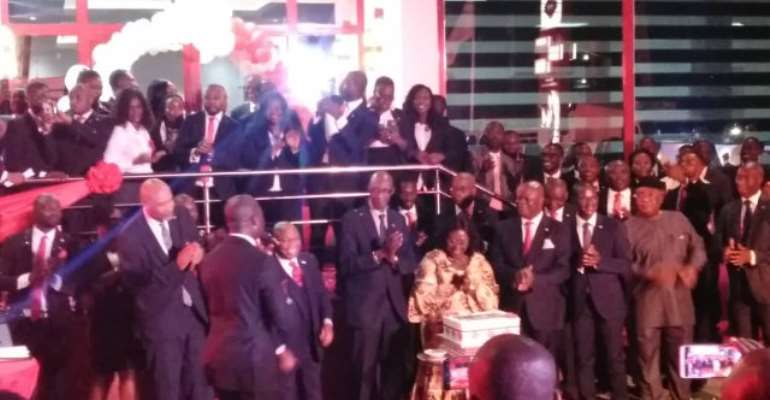 The Founder and Chairman of Sunu Group has expressed readiness to meet the new minimum capital requirement set by the National Insurance Commission.

According to Pathe Dione, his outfit’s presence in 14 countries with 24 insurance companies among other subsidiaries is an indication of its financial strength.

“I make the commitment that the SUNU Group will recapitalize the company within the time frame set by the regulator and that we are in Ghana to stay.” Mr. Dione said at the official commissioning of the company’s new head office in Accra.

The SUNU Group Founder says the company holds $650 million in assets under management, all of which contributes to the African economy.

Chief of Staff, Frema Osei Opare who was the special guest of honour at the event, commended SUNU on the commissioning and reiterated government’s commitment to supporting private businesses operating in the country.

“It is also heart-warming that by this investment, you have provided employment to the people of Ghana.” She added.

The new head office, the SUNU Place, is located at Dzorwulu along the N1 highway.

The company was given approval by the National Insurance under the act 206 (Act 724) on 28th February 2008 to operate as a Non-Life Insurer and in May of the same year opened its doors to underwrite all lines of General Insurance Business.