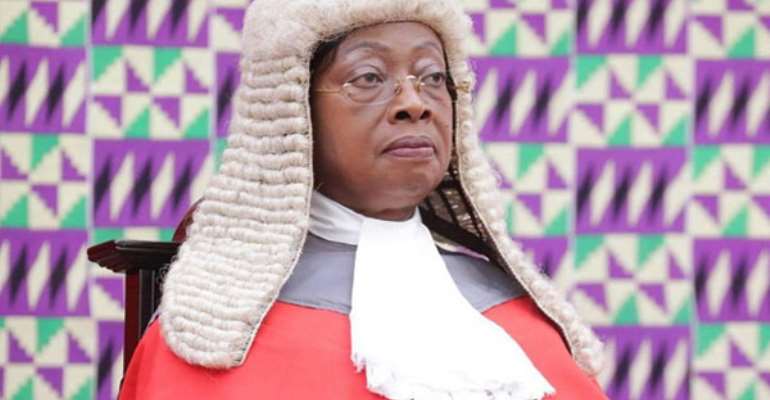 The Chief Justice Sophia Akuffo has issued new practice directives to judges and magistrates in trial courts across the country to be used in the determination of bail conditions and consequential orders.

Per the directive which took effect from November 1, 2019, persons standing surety for accused persons will bear the cost of transportation to inspect their place of residence.

It said the fulfilment of bail conditions does not involve the payment of money whatsoever to the judge, magistrate, a court officer or to any other person for that matter.

Persons who stand as surety for accused persons, the directive said, cannot be sentenced to serve a jail term if they are unable to satisfy with the bail term should the accused breach bail conditions.

“Surety cannot be committed to prison upon failure to comply with the terms of a bail condition,” the directive said.

However, per the practice direction, application for discharge from a bail bond shall not be granted unless the surety has produced the accused person before the court or the accused is otherwise present in court.

Meanwhile, an amendment of the charge sheet or facts of the prosecution's case shall not affect the operation of an executed bail bond. “Simply put, the bail bond lives and dies with the case number,” it said.

Also, transfer of a case from one court to the other shall not affect the operation of an executed bail bond.

“The court does not have the power to order payment of money in lieu of recognisance. It is solely the option of the accused to make such payment,” it added.