[Watch] God Is Not Wicked To Bring Mahama Back – Akufo-Addo 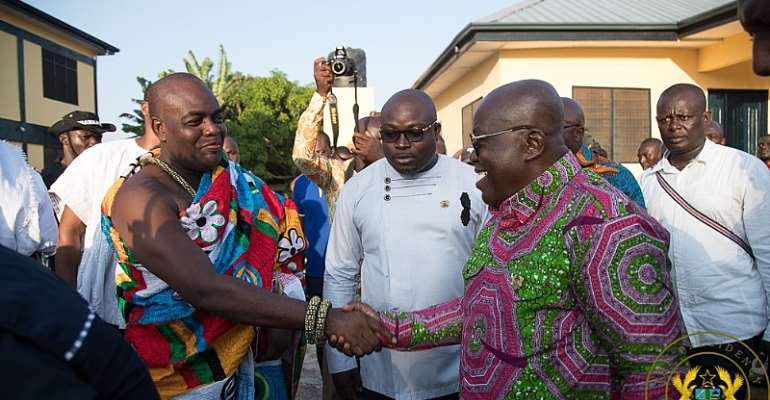 Speaking to Chiefs and people in the Volta Region on Monday as part of a two-day tour of the region, the President Akufo-Addo said Ghana has moved on to a new era of progress and prosperity under his rule.

He added that Mr Mahama has no policies for the future except negativity.

The President was responding to a jibe by President Mahama that God brought the incumbent New Patriotic Party (NPP) to power to ensure that the NDC was more appreciated.

He said: “My predecessor, John Mahama said that God brought the NPP so that Ghanaians can appreciate the NDC… Ghana has moved on to a new era of hope and progress. We have a leader who has no record…who has no prescription for the future, no policies for the future.

“We have never heard any policy coming from this leader about what is going to happen in the future…always negativity that is all we hear, Ghanaians have moved on. God is not so wicked to punish Ghanaians again with the rule of John Mahama and the NDC that is not what God is going to do", the President said.