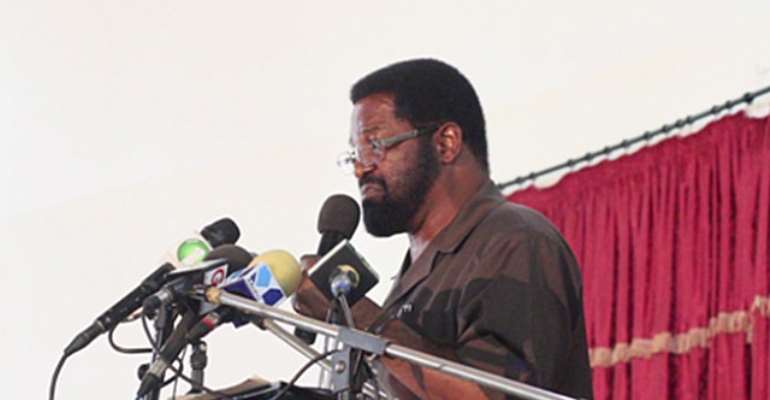 It is rather silly for the National Democratic Congress’ Member of Parliament for Ablekuma-West, in the Greater-Accra Region, to be morally grandstanding over the all-too-savvy and indisputably conscientious and politically responsible and visionary implementation of the fee-free Senior High School System, by the Akufo-Addo-led government of the New Patriotic Party (NPP), when for 8 years Dr. Alfred Okoe Vanderpuije gladly served under the Mills-Mahama-led regimes of the National Democratic Congress (NDC) that actually compounded the problem by doggedly and unconscionably pursuing an elitist Cash-and-Cash policy attitude towards the education of Ghanaian youths (See “My Millennium School Concept Should Have Been Used for Free SHS – Okoe Vanderpuije” TheChronicle.com.gh/ Ghanaweb.com 10/30/19).

It goes without saying that it was the callously conceived and criminally hatched Social Darwinian Cash-and-Carry, or Survival-of-the-Fittest, policy agenda established by the Jerry John Rawlings-led government of the National Democratic Congress and, before the latter, the Chairman Rawlings-chaperoned junta of the so-called Provisional National Defense Council (PNDC), that got Ghanaians into the present Stygian mess. You see, the real rational question for any responsible Ghanaian citizen and/or leader to ask here is the following: Why did then-Mayor Okoe Vanderpuije not wisely and constructively admonish Presidents John Evans Atta-Mills, late, and John Dramani Mahama to implement the former Tennessee, USA, resident’s so-called “Millennium School Concept”?

You see, Dear Reader, it is this retroactively self-righteous and hypocritical moral grandstanding paraded as visionary foresight that is regressing the salutary development of our country. We need to further ask why Dr. Okoe Vanderpuije, for years, comfortably and glibly sided with the fraudulent and elitist development policy agenda of the leaders of the National Democratic Congress, that adamantly preached The Gospel of Selective Youth Education, that criminally resulted in leaving hundreds of thousands of talented Ghanaian youths out of the loop of the constitutionally inalienable right to freely accessing our public education system. Indeed, when he talks about the so-called “Pull-Him-Down-Syndrome,” we hope that the former elementary or high school principal/headmaster is counting himself among the vanguard pack of the habitual fault-finding critics of the unprecedently visionary President Addo Dankwa Akufo-Addo.

Indeed, it is not by total happenstance or accident that, all of a sudden, the movers-and-shakers of the country’s main opposition National Democratic Congress have constituted themselves into latter-day statesmen and women. You see, these reprobate robber-barons and unconscionable megalomaniacs have seen the proverbial Handwriting-on-the-Wall. They darn well know that the overwhelming majority of the Ghanaian electorate have wised up to their skullduggery or shenanigans. Even more significantly, the predatory operatives of the Mahama Posse are fully aware of the fact that their days are numbered. You see, Ghanaians are not moral and intellectual toddlers; a remarkable majority of us partly country- or village-educated citizens, like this writer, attended the Shift-System or Double-Track System. We, for the most part, had far less number of contact hours with our teachers than our privileged contemporaries who, like Dr. Okoe Vanderpuije, grew up comfortably in the bright lights of our major towns and cities.

But guess what? We did not fare any worse than the Okoe Vanderpuijes of Ghana, for the most past. All we needed, it turns out, was sheer access and qualitative teaching, not the mere volume or magnitude of “contact hours.” You see, the general quality of education and intellectual and cultural literacy, as well as basic literacy and numeracy in the country, has exponentially shot up in just over one year primarily because of free and qualitative access, and not necessarily because of how many hours our children and grandchildren spend in the classroom with their teachers. And, by the way, for the information and enlightenment of Dr. Okoe vanderpuije, and those Ghanaian leaders who think like him, the fact of the matter is that as much learning takes place in the classroom as also takes place outside the classroom.

The author has 4994 publications published on Modern Ghana.